In less than a month’s time, I shall commence my final semester of undergraduate study of both political science and history at a prized and distinguished institution which has hosted its fair share of admirable intellectuals. As well as serving as the educational bastion for these individuals, it has also been the core foundation for the Austrian economic school of thought. I speak, of course, of the oldest University in the German-speaking world, the University of Vienna.

While attending the University of Vienna, I shall walk the hallways which have also graced Carl Menger, Eugen von Böhm-Bawerk, Frierich von Wieser, Ludwig von Mises, and Nobel laureate Friedrich Hayek. I shall formulate and finalize my study of both Austrian economics and the business cycle, which have proven and demonstrated the failed repercussions of economic intervention by the state in the recessions and depressions of the last two centuries. The influence of Menger and Hayek shall resonate throughout each classroom and library chair, providing for the immaculate diffusion of higher economic learning.

As a newly-naturalized citizen of the United States of America, I believe it imperative to use the ideas and philosophies first devised at the University of Vienna to solve the economic problems which plague our country today. Increasingly ballooning federal deficits, monetary interventions, and rampant militarism abroad will only serve to prove the worth and genius of the Austrian school in the long run, as long as the American government commits to its current path. Through education, teaching, and exploring, it is my hope that the wisdom formed in the mountainous Austrian landscape will eventually make its way to become the dominant economic policy followed and practiced by the lovers of freedom on the American continent. From the United States to Canada to all of Central Europe, the creed shall be heard.

I do hope that I can do the school justice. 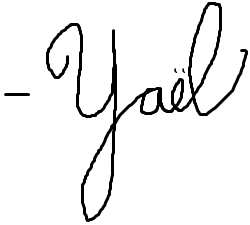