From a very early age, children are taught that the American justice system is the fairest and most accessible in the world. This is to be contrasted with the endless examples of banana republics and kangaroo courts offered abroad, which promise nothing but corruption, injustice, and arbitrary rule of law.

In the United States of America, the rudimentary assumption hummed and sung is that all American citizens are entitled to due process when charged with a crime, facing the accuser and the evidence presented against him, supposedly drawing a stark comparison to those harsh societies previously mentioned. There is a presumption of innocence, overturned only when an adequate trial by a jury of your peers has determined you to be guilty beyond a reasonable doubt. As many late books and speeches by intellectuals Glenn Greenwald and Noam Chomsky demonstrate, however, there is cause to doubt such claims.

From my own experience, I can state that I am currently in the process of resolving an issue I had with a Pennsylvania State Trooper, where my vehicle was cited for having a “faulty exhaust” as well as “wide” tires. Even though Pennsylvania State authorities have no jurisdiction to fine out-of-state residents for simple infractions of Pennsylvania State car regulation, I was given a ticket anyway. The matter would not be so serious were it not for the threat of a issuing an arrest warrant, which I received recently in the mail. Updates will be provided on this case, as the motion to dismiss charges is being filed tomorrow morning.

(Click below for a censored version of the Motion to Dismiss)

The Commonwealth of PA v. Yaël

May the power of the Law be on my side as I attempt to save myself from the sharp dagger of arbitrary law. 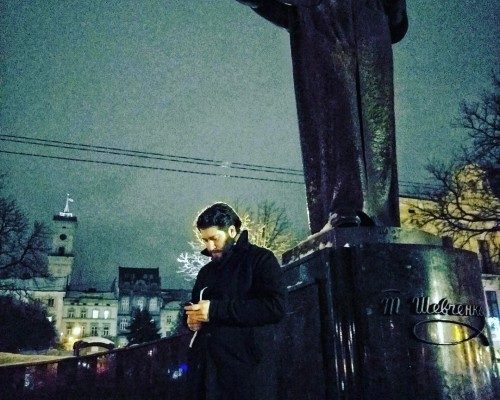