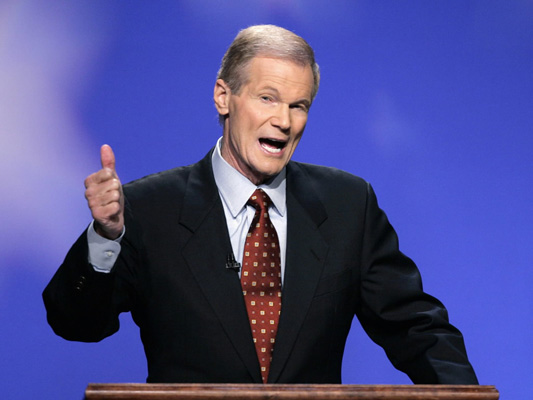 MIAMI — As a powerful member of the Senate Commerce, Finance and Intelligence committees and the former state treasurer of Florida, Democratic U.S. Sen. Bill Nelson is no stranger to the intricacies of backroom politics.

With 40 years of successive public service in Tallahassee and onCapitol Hill, the senator has garnered a reputation as a staunch Democratic statesman known as an “authentic hayseed.”

But such a long grip on power also has meant budding relationships with key industries and lobbies that seek representation on the Hill.
As chairman of the Commerce Committee’s space subcommittee and only the second sitting member of Congress to fly on a space mission, Nelson has been the foremost advocate for the federal government’s role in funding space and defense — and industries have taken note.