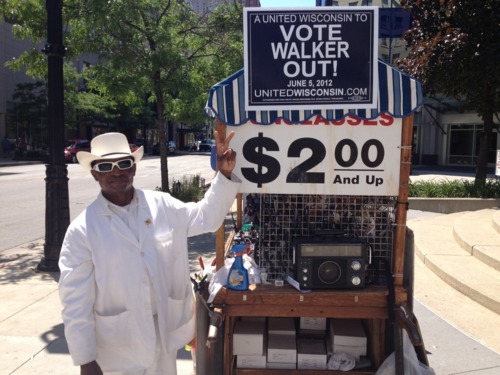 At a downtown field office, We Are Wisconsin, a grassroots voter education and mobilization group functioning as a political action committee, volunteers have erected large poster boards with names and addresses of people pledged to vote for Milwaukee Mayor Tom Barrett.

Stacks of papers and sticky notes with phone numbers are spread throughout the small two-room office on National Avenue, just blocks from the Milwaukee Hilton Hotel where Barrett will hold his election night party on June 5.

On large white folding tables decorated with “Recall Walker” stickers, there are sign-up forms for volunteers willing to transport immobile voters to polling stations throughout the city.