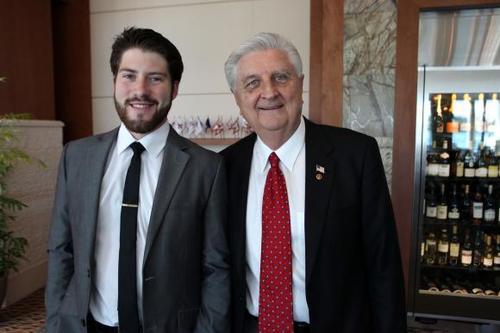 Here I am with my good friend Dr. Richard Swier, a passionate political activist, talented writer, and retired Army Lt. Colonel who is working to change the system and refute the myths currently hampering freedom and liberty in the state of Florida.

He invited me along to give a post-election 2012 analysis at the Sarasota Yacht Club on November 9th.

If you’re interested in powerpoints, check out our joint presentation.