ST. PETERSBURG — Since his first appearance in the 1928 animated short “Steamboat Willy,” there has been no greater American ambassador than Mickey Mouse, the cartoon character who sparked the launch of the media empire of the Walt Disney Co.

STAR: Mickey Mouse is the most famous cartoon character created by Walt Disney.

Generations of children and adults worldwide have grown up on Disney comics featuring Mickey and thousands of other characters, visited the sprawling and magical theme parks in Floridaand California and played with toys and games brandishing the familiar Disney logo.

But despite the illustrious international influence enjoyed by Mickey Mouse and the Disney Empire, it could not have been possible without substantial help from Uncle Sam.

Perhaps that is why the company pushed for the resolution of the “fiscal cliff,” specifically the portions that renewed hundreds of millions of dollars in federal film tax credits.

According to the latest lobbying disclosure report submitted to the Senate, lobbyists for Disney pushed to extend millions in federal film credits in the final spending and tax deal adopted by Congress Jan.1, hidden among hundreds of other “tax extenders.”

SUBSIDIZED: Walt Disney Co. will get several millions of dollars in tax incentives from the “fiscal cliff” deal.

The film credit, first introduced in the American Jobs Creation Act of 2004, allows production companies to deduct the first $15 million in filming costs from taxes, $20 million if the project is completed in a low-income community, according to the IRS.

In 2010, Disney received $110 million through the federal tax credit, nearly 75 percent of the total $150 million allocated by Congress.

The only requirement for receiving the tax credit is completion of a production project in the United States, whether it is a movie or television show. Each episode is counted as a separate production.

The tax credit was originally set to expire in 2005, but it has been extended with virtually every large bill of the past decade, including the relief bill for Hurricane Katrina and the Bush-era tax cut extensions of 2010.

President Obama signed the fiscal cliff deal Jan. 2 by autopen, an electronic device used to mimic his signature when he is away from Washington, D.C. The law will extend film tax credits until the end of 2013.

CORPORATE WELFARE Disney received over $180 in federal tax incentives in 2011.

According to Disney’s lastest financial report, it received $183 million through the film tax credit in 2011, for its movies and shows, an amount projected to exceed $200 million in 2013.

These tax credits make up more than a quarter of the total $718 million in public dollars the Walt Disney Co. received from federal, state and local governments in 2011, when the company generated more than $40.9 billion in revenue.

Media representatives for Disney did not return calls to Florida Watchdog.

According to the Internet Movie Database, more than 424 individual productions, which would be applicable for the tax credits, were filmed in Floridain 2012. More than half are tied to Disney production companies.

These include the TV hit “Cougar Town” and films such as “Ironman 3″ and “Step Up Revolution.”

These productions are also eligible for up to $8 million in film incentives set up by the Florida Office of Film and Entertainment, which helps applicants acquire state and federal tax credits, as well as sales tax exemptions.

Disney’s 2011 financial report reveals more than $2 billion in overall tax benefits from 2009-11, while a 2004 report by Reason magazine details more than $4.5 billion in special loans, land grants, credits and investments in the prior decade.

He has spearheaded Disney’s lobbying activities since 2010, including support for more than 25bills in the past congressional session, issues as diverse as immigration reforms, strengthening of copyright laws and tax reform measures, according to the Center for Responsive Politics, a Washington, D.C.-based nonprofit that tracks spending and ethics on Capitol Hill.

On Jan. 2, the first day the stock market opened after the fiscal cliff deal was signed, the Walt Disney Co. hit a three-month high of $51.10 per share on theNew York Stock Exchange.

Some analysts say the fiscal cliff deal is most likely responsible for the jump.

NO SIGNIFICANT CLIFF: Horowitz says tax cuts and incentives will remain the same and spending cuts will be few if any.

“Once the fiscal cliff passed, futures went way up,” said Andrew Horowitz, president of Horowitz & Co., a financial planning firm based in Fort Lauderdale. He also hosts The Disciplined Investor, one of the top rated business podcasts, according to iTunes.

“By increasing what Disney gets, it’s essentially allowing them to continue on the path to expect government money,” he told Florida Watchdog.

Horowitz said the expectation of the film tax credits might have played a role in the stock jump, but it is more likely due to the finalized deal from Congress, which will give hope to the markets.

“There’s no significant benefit for anyone in the deal, other than extending tax breaks which already existed. The taxes may be going to Disney, but spending still isn’t restrained,” said Horowitz. “There was supposed to be a $300 billion decrease in spending that just disappeared in a few hours.

“Congressmen have stock and they’re definitely afraid of the stock market. But this didn’t really do anything to address spending or tax issues,” said Horowitz. “This was a plan. A plan to give tax relief for a number of years, and then after a while, we’d pay it back.

“The film credits really have no business being handed by the federal government. At the very least, it should be handled by the states.” 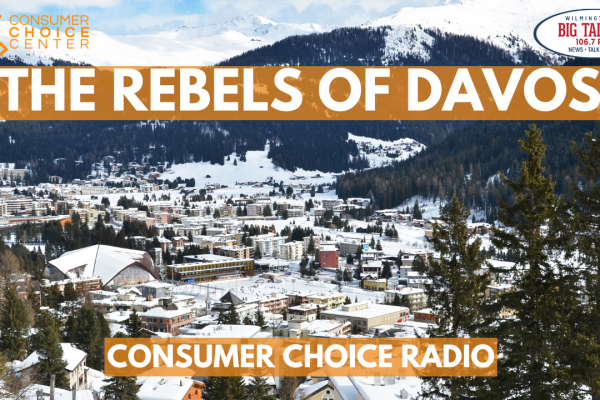