A French-Canadian Visits the Nation Which Could Soon Become Free

What is it like to cross a tract of land which may soon become a border between two countries?

From behind the wheel of my rented Spanish SEAT Léon, the vast territory looked rather similar. The sight of the Scottish line from the English side looked much like the political division between my native Canadian province of Québec and its immediate neighbor, Ontario.

There’s a large, prominent sign featuring the colors of blue and white. It has a few symbols related to ancient traditions and customs, at least 3 tall metal poles attached with flags fluttering in the wind, and the name of the territory etched out in large capital letters for all to read.

The flags at this particular spot just north of Newcastle were especially bright blue. The white of the flags was noticeably clean. They must have been new, and with good reason. Scotland has a momentous vote planned in just a few days which will allow the common people to determine whether it will break away from the United Kingdom and form its own sovereign territory.

That’s an odd thought for many young millennials who only rarely flirt with the political world. Their entire experience is talk of international unification, of large international bodies making decisions and of tearing down borders and bringing together many peoples for the benefit of humanity.

They know of the grand experiment on the European continent, the Schengen Agreement, allowing anyone to wander without trouble between countries which once were battlefields lined with trenches and armed guards. Now, citizens as much as backpackers can make their way from Portugal to Estonia without so much as flashing a passport, much less explaining themselves to a government official.

For those outside Scotland, the talk of the referendum is limited to puzzled questions. What makes them so different? Why would they want to break away from one of the richest nations in the world? Won’t they be worse off on their own? Won’t they be alienated?

Within Scotland, the campaign has fully crystallized. Roving bands of Yes campaigners plan leafing expeditions, hand buttons out on street corners, and are armed with mountains of literature on the benefits of further devolution and complete separation from the union with United Kingdom. On BBC1 radio, Yes Scotland’s chief executive, Blair Jenkins, said the Yes team was the “largest grassroots campaign ever seen in history of Scotland.”

The No camp, on the other hand, has been difficult to come by, both in the city centres and suburbs of Edinburgh, and those of Glasgow. They have mostly staged and well-planned events, meant for press and organized chiefly by the central Better Together campaign. Save for the odd yard sign, it’s difficult to see their presence anywhere.

At least in the Québec experience, the “Oui” and “Non” were very clear and definitive. Public confrontations were common and the rallies were attended by thousands of people. The months and weeks leading up to the referendum vote were intense for both anyone in public life and for the many kitchen tables where the issue was discussed. In Québec in 1995, though, it was a second chance. The first referendum in 1980 lost by almost 20 percent. That made the stakes much higher.

The case of Québec is very dear to me, as it’s engrained in every facet of the French-Canadian culture I still hope to place myself in.

As a French-speaking Canadian growing up in the southern United States, it necessarily became a part of my identity. But it was never enough to perfectly encapsulate who I was as a human being. As if the brokenness of my nationality would explain the curious mélange of my accent, penchant for language, and the yearning for living and traveling beyond borders. It was the fault of those who voted Non, who denied me my nationality, I convinced myself. The reason the connection to my homeland was fainting, and not constant. Imagine what a 1 percent swing could have done.

And from my experience among Scottish people, I feel as if this time can be different. They know it too. At least a dozen people smiled brightly when I mentioned being born in Québec. “The lesson of Québec is an important for us,” said one campaigner for Business For Scotland. “That campaign was based purely on emotion. We have to use facts and reason,” he told me.

That’s what makes the current case of Scotland so interesting. The framing the debate for so many is a rational decision derived at by pure calculation. It isn’t the emotional, nationalist play of the Québec handbook, based on strengthening French identity and language against the forces of anglicism imposed by a federal government.

It’s not about keeping out those unlike “us”, but about allowing those who live in Scotland to decide what happens in Scotland. Returning power to the people, they say. That sounds much sexier than any anything the No side has side until now.

In that stroke, the argument about Scottish independence and further devolution of power is very much helped by the presence of social media. But more particularly, the attention span which begets and creates the culture translated into social media. It’s about short phrases, summarized arguments, and slogans.

The Yes camp has been able to turn pages and pages of economic and social policy research and arguments for greater autonomy for Scottish people into a hashtag: #DevoMax. It’s shorthand for the full fiscal autonomy of Scotland, but it doesn’t much matter. Hashtag Devomax sounds way better. Hashtag independence comes from hashtag Devomax. That means short-lipped, 140 character culture is actually making it easier to run a popular independence campaign.

Hashtags have won political campaigns, viral marketing campaigns, and now they may win a nation its independence. This is life in the 21st century. 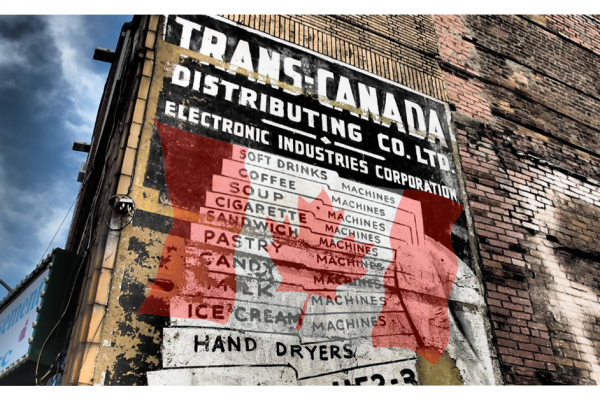