This generation of young people in Europe can be counted amongst one of the freest generations in the history of the world.

Not only are young people now free from outright domination by totalitarian regimes like fascism, nazism, and socialism which dominated just decades ago, but they are able to freely cross the borders of neighboring states without the threat of violence or coercion.

No longer are young people forced to submit themselves to rigorous checks by border guards whenever they visit Italy from France, or Germany from the Czech Republic. They can study, live, and work in another European country without the fear of reprisal.

The fall of the Berlin Wall 25 years ago united east and west and ushered in a great number of freedoms now enjoyed by millions of people in the former Soviet bloc. Thankfully, that wall which symbolized the harshest of borders and one of the most repressive economic systems ever imagined has been eliminated, along with all the terrible ideas which were its glue for so long.

It is due to this paradigm shift that Europe’s young people again have a chance to live freely and in peace.

The free trade and free movement zone known as the Schengen Area, agreed to by 5 party states not more than 30 years ago, has not only brought humility back to cross-border migration, but it has spawned a generation of open trade and commerce which has opened up economies and made markets more efficient and beneficial for every sector of society.

Goods and people are now flow across the borders of European states, unhampered by state intervention, leading to more prosperity and more wealth for all. It’s led to making the combined European economy the largest in the world.

There are free trade and free travel agreements between Australia and New Zealand (Trans-Tasman Travel Agreement) and the United Kingdom and Ireland (Common Travel Area), which have been mutually beneficial for decades.

The model of 50 states cooperating in open trade and migration in a union has made the United States one of the most powerful countries in the world, and one of the greatest experiments of open borders and free immigration in the late 1800s and early 1900s, until immigration controls were introduced during the First World War.

And while that may be the case in several cases, it is not an idea embraced universally elsewhere.

We look to the ongoing humanitarian crisis on the U.S.-Mexico border, ripe with gang violence and rampant human smuggling.

Driven to migrate north by poverty and fear from the violence of drug gangs, millions of young Latin Americans are brought across acres of desert by parents hoping to find work in the United States.

They spend their entire lives in the shadows as illegal immigrants, having to lie to get educated, to get driver’s licenses, to find work, and to evade capture by immigration authorities. All this despite never having known the land of their birth or ancestral heritage.

Though they are some of the most vulnerable people in American society, they are vilified, and in many cases, criminally prosecuted and deported by the federal government.

In 2012, the U.S. Border Patrol found the bodies of 463 people who had died while attempting to cross into the United States from Mexico.

Elsewhere, the criminalization of migration leads to some women being sold into sexual slavery when they attempt to migrate to the west, deprived of their passports and ability to flee their state of despair.

In the Mediterranean Sea, thousands of refugees from northern and eastern parts of the African continent risk their lives by boarding cramped boats with no guarantee of safe arrival, often risking capsizing and drowning after already having given up their life savings to pay for the trip. They seek better lives in Europe, a small beacon of hope for an existence otherwise so meek.

The capsizing of a ship full of hopeful migrants from Eritrea in October 2013, off the coast of the Italian island Lampedusa, awakened the world to the tragedy of crisis on Europe’s southern border.

Over 300 people drowned in the ocean to cross the borders where they could find a better life. They made this treacherous journey so that they may live a better life in Europe.

The International Organization for Migration estimates that over 40,000 people have died while attempting to cross borders since 2000. It doesn’t have to be this way.

If these individuals believe their lives will be better in the United States, Italy, Germany, or France, what right have we to stop them and force them back into desperation?

On top of that, there are untold billions in economic development A paper by the University of Wisconsin’s John Kennan finds that lifting migratory restrictions would have significant economic benefits as well, more than doubling the income of newly arrived immigrants and providing a significant boon to domestic economies.

That’s what drives so many pro-liberty student activists to advocate for the idea of open borders.

They advocate for the idea that borders, created and enforced by man, are not the only means through which we can proclaim identity and meaning, certainly not if it means stripping so many people of their dignity and denying them opportunity. They advocate for the idea that we can become richer and more prosperous by opening our borders and allowing access to our markets.

That is why European Students For Liberty is fighting for every individual to live humanely and freely. To be able to cross jurisdictions without impediment and without justification to a state authorities. It is the natural classical liberal position. It doesn’t discriminate based upon nationality or the place of someone’s birth.

Open borders means free movement of people and free trade. There is no more humane position than allowing people to freely cross borders to improve their situation and to vote with their feet. It is the position that most favors individual liberty and deserves our support.

This will be the underlying theme of the 2015 European Students For Liberty Conference in Berlin, Germany. Join us for a better future. 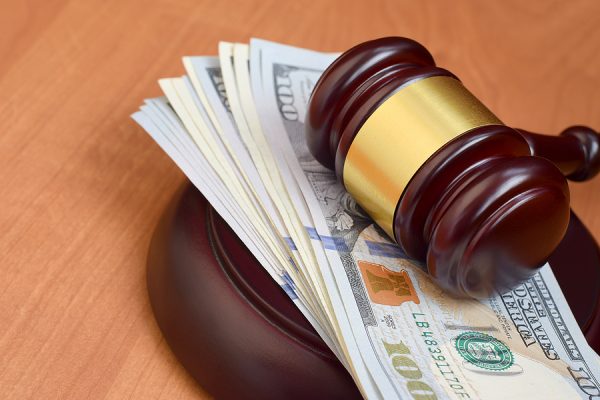