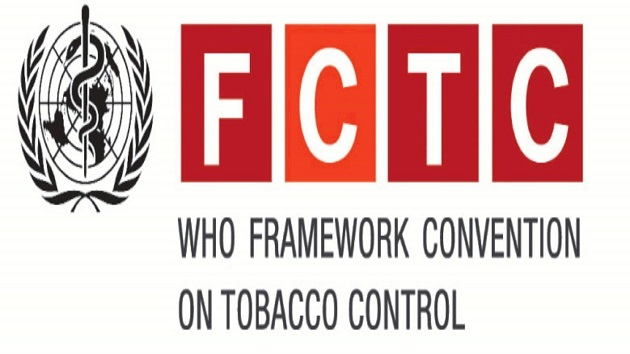 In just over three months’ time, the world’s global health establishment will descend upon New Delhi to consider new tobacco taxes and regulations that will impact nearly every country in the world. But delegates representing dozens of countries may be banned from participating by the United Nations (UN), according to internal documents.

The UN’s public health arm, the World Health Organization holds a tobacco control conference every two years through a sub-agency called the Framework Convention on Tobacco Control (FCTC). The meeting, which functions as an international parliament that makes decisions about tobacco control efforts, will take place in India from November 7-12 and features delegates from over 180 nations.

In a document obtained from the FCTC, the organizers ask for support to “ensure the exclusion of representatives and officials from…fully or partially state-owned tobacco industries, including state tobacco monopolies.” Specifically, the FCTC hopes to ban certain “appointed and elected officials from executive, legislative and judicial branches” from the meeting.

This effort to exclude delegates with associations with tobacco production is so broad that it will almost certainly prohibit finance ministers, economic development secretaries, public health officials, and even presidents and prime ministers representing countries that operate state-owned tobacco growing or manufacturing operations, or engage in marketing and trade efforts.

Governments are responsible for over 40% of the world’s tobacco production. Many nations maintain tobacco research centres and fund promotional agencies to support tobacco exports.

As a result, countries including China, Cuba, Egypt, Bulgaria, Thailand and even India, the convention’s host country, may have a hard time having delegates approved to attend the event and vote on issues that impact their citizens.

The FCTC says that this possible exclusion of countries who pay dues toward the event is justified. Representatives from tobacco-producing countries “may have prevented public health interests from prevailing in the policy discussions” at previous conferences, according to the document.

Blackballing participants and observers from its conference is nothing new for the FCTC.

In addition to potentially banning delegates from the event, the FCTC has a long-standing mandate to prevent tobacco industry workers, including farmers, from attending. The media has even been thrown out of the conference.

The strict policies on participation in the public health conference have enraged India’s tobacco farmers, who feel the poor will be the ones made to suffer.

“Rather than addressing the plight of tobacco farmers, India is hosting the 7th Session of the Conference of the Parties to the WHO Framework Convention on Tobacco Control (FCTC) in November 2016,” said B.V. Javare Gowda, president of the Federation of All India Farmer Association, to assembled parliamentarians in New Delhi on Thursday.

“This conference will add further misery to the poor Indian tobacco farmer,” he declared. “We appeal to the government of India that Indian farmers must be part of the official delegation of [the FCTC convention], or else it would put livelihood of millions at risk without any public health benefit.”

Unlike tobacco farmers, members of the media are typically allowed into the proceedings, but are often banned when policy discussions and votes occur. According to Drew Johnson, a journalist at The Daily Caller in Washington, DC, who regularly covers the conference, “media were banned from reporting on the proceedings and physically removed from the meeting without explanation“ at the 2014 tobacco control meeting in Moscow.

Johnson says he was “threatened with arrest, then physically removed from the supposedly public meeting room so [he] could not report on the proceedings.”
While banning the tobacco industry and journalists has become commonplace for the FCTC, prohibiting elected officials and other high-level government leaders from rightfully representing their countries at the meeting is new territory for the UN agency.

It is unclear how many delegates may be banned from the conference or whether the media will be able to report on the proceedings, but public health advocates have already brought up possible decisions which are likely to be implemented in November.