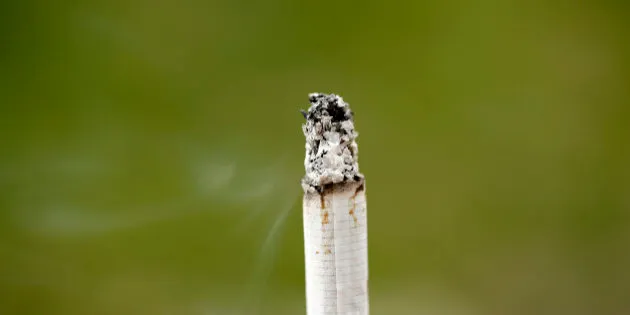 Despite the millions in proposed new spending for getting Canadians unhooked off tobacco, fewer Canadians are lighting up.

Just 17.7 percent of Canadians smoked daily or occasionally in 2015, according to the Canadian Community Health Survey released last week. That’s down from 18.1 per cent the previous year.

Those results were revealed at the same time the Trudeau government is looking to raise the excise duty rate on cigarettes to $21.56 per carton — up from $21.03, according to the last budget proposal, and wants to drastically increase regulation on tobacco across the board.

Looking at the numbers, it seems that even without a heavy handed government, fewer Canadians are using tobacco every year.

What changed? For one, e-cigarettes and the heat-not-burn technology of vaping is giving smokers a healthier alternative. And that’s an initiative of the marketplace, not government.

If anything, the government of Canada has been hostile to vaping and e-cigarettes.

A focus on vaping has crept its way into the consultation on tobacco use undertaken by Health Canada earlier this year, and will be regulated this year according to Health Minister Jane Philpott. Even though she’s admitted it’s healthier.

“We know that there is some evidence to suggest that the use of vaping products can be used as a harm-reduction tool for people who are current smokers,” she told reporters in Nov. 2016.

A key focus of Philpott’s Health Ministry is the plain packaging of tobacco, turning branded cigarette packs into a dull green colour with no logo. Prime Minister Trudeau included this request in his mandate letter to Health Canada last year.

If Canada wants to learn lessons on the effects of such a policy, it need not look further than fellow Commonwealth member Australia.

After implementing plain packaging in 2015, Australia has seen a huge increase in tobacco smuggling and illicit trade. More than that, “black market tobacco leaf and cigarettes are now as profitable as narcotics,” according to the Daily Telegraph.

It’s estimated now that over 14.3 per cent of the tobacco consumed in Australia is bought on the black market, enough to ding the government of nearly $1.4 billion in revenue.

And now that the price of a single pack is upwards of $40 a packet, the most expensive in the world, things may yet get worse for Australia.

If Health Canada wants to avoid such a rush to smuggling and crime, it’d be wise to avoid the plain packaging policy they seem so intent on passing. There are other ways to achieve the goal of fewer smokers in society.