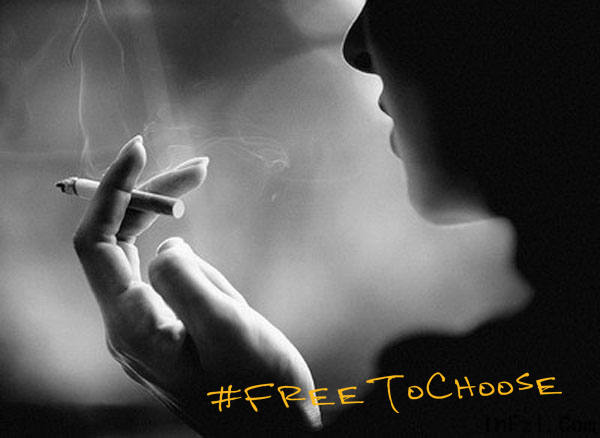 The Republic of Georgia is known internationally for its radical approach to policy and governance. But with the latest anti-tobacco measures in front of the Parliament, it risks losing that reputation as quickly as it earned it.

The bill before the Parliament now would ban smoking in public places, restrict advertising, strictly regulate e-cigarettes, and force all cigarette packs to be plain-packaged, without any branding or logos.

It was introduced by MP Guguli Maghradze of the Dream Party, and embraced by the United Nations and the World Health Organization, who promise additional funds if Georgia implements the harsh anti-tobacco law.

At a press conference last week, representatives from the UN and WHO made it clear that Georgia passing strict anti-tobacco legislation is a requirement for major accords with the European Union.

For pro-European youth in Georgia, the threat of any impedance to closer ties with Europe is indeed a pressing threat. A 2016 survey found that 62 percent of Georgian believe EU membership should be the prime foreign policy objective of the government.

If Georgia’s status with the EU depends on the passage of this anti-tobacco law, what room does that leave lawmakers in the Parliament?

Regardless of this situation, not all parties agree with the scope and focus of the law.

“Serious changes should be carried out by growing public awareness and education,” said Zurab Japaridze, leader of the Girchi party. “I do not expect these regulations to bring big effect in terms of economy. Nicotine users will continue doing the same.”

A survey conducted by IPM research over the weekend found that 71 percent of Georgians believe a public consultation on this issue is needed. Over 65 percent said plain packaging wouldn’t reduce smoking rates.

Business groups warn of a rising black market which could bring more problems than it’s worth.

“We strongly believe that plain packaging will lead to a number of unintended consequences, not least the negative impact it will have on intellectual property rights, government tax revenues, illicit trade, money laundering and the financing of criminal activities in Georgia,” wrote the International Chamber of Commerce Georgia in a statement.

While the goal of reducing smoking in Georgia is a noble one, it’s not clear that these laws are the most effective means for doing so.

Similar laws have been passed in other countries and have been unable to reduce smoking rates below what the average rate.

Before plain packaging was introduced in late 2012 in Australia, the smoking rates among 12-24 year olds were dropping, according to the Cancer Institute of New South Wales. However, once plain cigarette packs hit the shelves in 2013, smoking rates for the same age group went back up to 16%. Does that mean that not doing anything would have actually caused less people to smoke? At least in Australia, it’s not certain.

Just this month, France’s customs office said that sales of cigarettes have risen by more than four percent since this time last year. France introduced the ban on branded tobacco on January 1 of this year.

More than that, the branding bans and increased taxes don’t stop at tobacco products alone.

As countries such as the United Kingdom and France know, it begins with products that we all know are harmful, like tobacco, and then expands to everything the government determines a risk: sugar products, alcohol, and e-cigarettes.

The potential for e-cigarettes and vaping technology is indeed a great one. In Canada and the United States, they have proved effective in reducing smoking rates. Public Health England, the UK’s health agency, determined last year that e-cigarettes are at least 95 percent less harmful than cigarettes.

In order to protest growing regulations on lifestyle freedom, the group Georgian Students For Liberty are hosting a ‘plain packaged’ corner store at Tbilisi mall this weekend to highlight the government’s ridiculous regulations.

“We’ve decided to create a Nanny State Store in Tbilisi to highlight the grim and bleak depiction of the future of Georgian regulation,” said Liza Katsiashvili, local coordinator with European Students For Liberty. “Students For Liberty has done this successfully around the world, and we wanted to bring the fight to Georgia. Do we want a Parliament that treats adults like children? Or do we want a society that respects an adult’s freedom to choose?”