Once again, the eyes of the nation, and indeed the world, are transfixed on the tale of the American south.

The dust of the violent and deadly clashes in the streets of the college town of Charlottesville between right-wing and left-wing fascists has settled and self-reflection has begun.

For many around the world, the American south remains an odd place with many strange rituals and a bewildering anachronism in the form of a glorified Confederate past.

Young school children are taught about the evils of slavery and the Civil War, the desegregation of schools and the racist stubbornness of Alabama Gov. George Wallace, and the street battles for civil rights of African Americans.

The south, rightly so, is condemned as having tolerated and enforced very bad ideas for a long time.

But after many years of education, immigration, and social integration, however, things have changed and a New South has risen.

In 2017, those who want to classify the south as a homogenous group of racist knuckle-draggers may find it more difficult to find proof, even with the unfortunate showing of white nationalists in Charlottesville (many from different parts of the country).

Growing up in this environment and seeing it change over the last few decades, I’d posit the south is actually better than ever before. And, indeed, it’s become a vibrant model for harmonious living between all kinds of races and ethnic groups, and an economic success story.

My family came to North Carolina as immigrants from the French-speaking part of Canada in 1994. The industry my father was employed in, autosports racing, just so happened to have an epicenter in the American south with NASCAR.

It was NASCAR, the premier league for auto racing in the country, that set a huge precedent in July 2015, asking its fans to refrain from flying the Confederate flags, offering free exchanges for the American flag on site. That was at the same time the state of South Carolina removed the Confederate flag from its statehouse.

It was a big deal at the time and was mostly uncontroversial. Only fringe groups protested the removal of symbols of the Confederate past. Espousing this view in the public arena was tantamount to political suicide.

That’s because the south is no longer defined by this past. It is comprised of many new ethnicities, inhabitants, and citizens who don’t have as much of an attachment to the past.

Nine out of the 15 fastest-growing cities in the United States are in the south, according to Forbes magazine. Since 2010, the population in southern states has increased by more than 7 million, encompassed of both migrants from other regions and newly arrived immigrants from abroad.

The low cost of living attracts family and capital to states like South Carolina or Georgia, bringing large companies such as BMW and Kia to set up their plants at bargain prices.

Austin, Texas is a new center for tech companies and would-be entrepreneurs. There are over 181 start-ups per 100,000 people, the highest rate in the nation. From 2012 to 2015 in Georgia, there was a 60.6% growth in the number of loans from the Small Business Administration to business owners starting a new company.

But it’s not just economics.

States like Kentucky, Texas, West Virginia, and Tennessee have higher levels of racial integration than otherwise ‘liberal’ states such as New York, California, and Michigan.

More than that, hate groups are not more prominent in the south than in northern states.

According to the Southern Poverty Law Center, there are more hate groups in Ohio than Georgia, two states with approximately the same population. And no one would accuse Ohio of being a traditional Confederate holdout, the opposite of Georgia.

All of these facts aside, racism does exist and it’s still palpable. Many African-Americans would claim this is now perpetuated at the hands of the police more so than civil society.

But, again, things have changed.

The principle of federalism is no longer debated using southern examples and test cases related to trying to protect slavery or discrimination against minorities.

Now, it’s the marijuana dispensaries in Colorado and Washington State that are changing the narrative, especially with anti-pot crusader Attorneys’ General Jeff Sessions at the helm. States’ rights, at least now, are free of their racist connotation. And that is a good thing.

The south is a dynamic place. It can be defined by its past and get muddled in old debates, or it can look to the future.

We’ve come so far, and we aren’t done yet. That’ll be the tale of the New South.

This originally appeared on Medium. 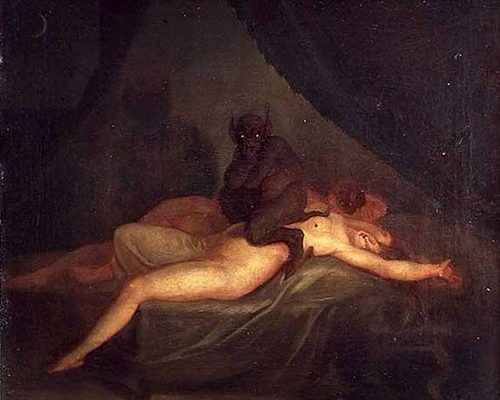