In authoritarian regimes across the world, government control and regulation of the Internet is a given.

Here in the U.S., we’ve managed to keep our online world relatively free from any bureaucratic oversight.

That changed in 2015, based on a mandate from President Obama, when the Federal Communications Commission voted to classify Internet Service Providers as public utilities, the same as water suppliers or telephone companies.

This classification was first applied to telecommunications in 1934, aimed at dismantling the monopoly enjoyed by the Bell Telephone Co. Under these rules, ISPs must comply with additional standards and regulations in order to operate. That raises the costs of providing Internet services, thereby actually reducing the number of ISPs that can stay compliant and serve consumers.

Therefore, when FCC chairman Ajit Pai submits his proposal to do away with the 2015 regulations on Dec. 14, it won’t be the end of the world. It will be the end of using a Depression-era law to regulate the most innovative invention of the last century.

Net neutrality, the principle that all online traffic should be considered neutral and free from prioritization, is indeed a noble standard. It’s one ISPs should generally adhere to, and the FCC has supported in the past.

The North Carolina-based Madison River Communications was fined by the FCC in 2005 for blocking Voice over IP phone services. This behavior still won’t be tolerated in an FCC-free Internet age, and consumers will always have remedies available to them.

Detractors rightly point out that regional monopolies limit consumer choice in many localities throughout the country. Indeed, this is an issue, especially in North Carolina, which ranks last in the country for the number of broadband connections.

However, this is due to restrictions passed by municipalities and state governments.

They have an active role in stymying competition and ultimately benefiting Comcast, Spectrum and Verizon. Only Google Fiber, backed by the Google behemoth, can raise enough capital to comply with regulations in order to service cities like Charlotte and Raleigh.

The municipal broadband service in Madison, North Carolina, was shut down because of the state laws which prohibit municipal ISPs, even though the FCC sued to overturn the law.

Ensuring enough market access to consumers across the country, especially rural areas, is something companies like Google have been keen to address. But the net neutrality rules as written will not guarantee more access to ISPs. They’ll only make it more difficult for ISPs to grow, invest and innovate.

Unfortunately, many observers have conflated the net neutrality regulations as somehow the only safeguards for a free and open Internet and providers for universal broadband access. But that just isn’t true.

Before 2015, innovation was a hallmark of the Internet. It was the purest form of the free market at work, allowing for the creation of thousands of online companies and services billions of us enjoy today. Allowing entrepreneurs to unleash products and services without burdensome regulations that only favor the large companies and investors will be good for Internet consumers.

Without these rules, bad actors will still face the fury of the Federal Trade Commission, which would regulate anti-competitive behavior. Consumers will still be protected and have their fair share of choice in the marketplace.

Therefore, protecting the freedom of the Internet depends on giving it back its “light touch” enjoyed for the decades before the FCC’s regulations in 2015.

That will ensure we can avoid the dangerous pitfalls of Internet regulation and censorship like we see in China and Turkey, cutting human rights campaigners and journalists off by government mandate. That’s not a path to emulate.

In the U.S., we should be proud that our agencies are adopting a vision that keeps the Internet a realm of the private enterprise sphere, free from manipulation and overregulation by bureaucrats. The Internet didn’t need this regulation before 2015 and it doesn’t need it now.

Consumers deserve a free and open net. One that fosters innovation, gives millions access, and allows for the myriad of companies to compete while offering great products for us to choose. The best way to do that will be to repeal the FCC’s 2015 rules.

Yaël Ossowski is a North Carolina native and deputy director at Consumer Choice Center. He is a former intern in The Gaston Gazette newsroom. 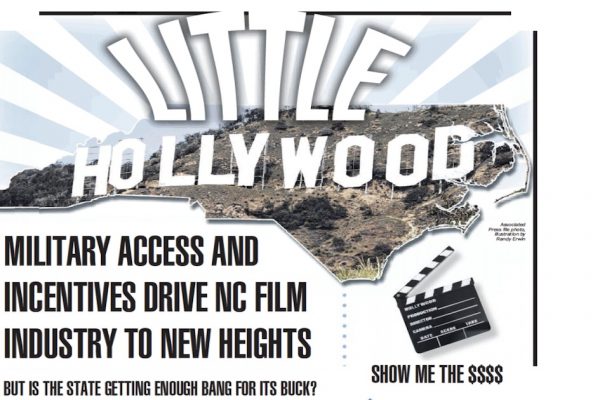