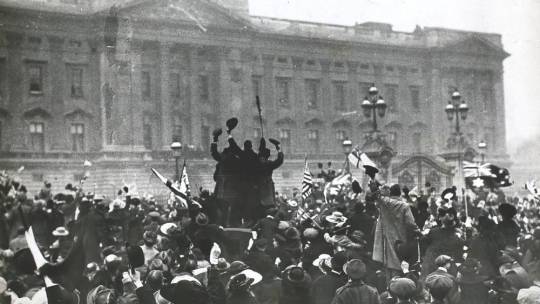 I wrote this speech and delivered it at the 2006 Veteran’s Day event at the Boys & Girls Club of Cabarrus County as the then-president of the Tarheel Keystone Club. The words remain true, but today I would extend them to all veterans and activists for peace worldwide.

Happy Armistice Day to all. May peace reign supreme.
––

Good morning Veterans, parents, and families. My name is Yaël Ossowski and I am the current President of the Keystone Club of the Boys and Girls Club of Cabarrus County. I thank you all for attending this program, as we pay homage to the men and women sitting in these chairs and their fellow servicemen and women who cannot be with us today. This day, Veterans, like any other day of our calendar year, we commemorate your paramount sacrifices and unyielding commitment to freedom that you have maintained since the dawn of the Revolutionary War. We offer you our greatest gratitude and remind you that each living day in this country is a celebration of your efforts, and for that, this nation cannot thank you enough.

This day, we look back on the wars and conflicts that have arisen throughout the last few generations and recognize the brave people that participated in them and conquered them; also in this thought, we look at the current military situations spread across the globe. There are brave men and women who, as we speak, are protecting the Freedoms that this nation has been promised. The Freedom of speech, Freedom of religion, Freedom from want and the Freedom from fear. Certain individuals are out in the dangerous world, protecting the innocent citizens and residents of this nation by keeping the threat of enemy resistance at an all-time low. Veterans, I am sure that if it were not for military age and vision restrictions, many of you would still be out on the battlefield, defending your nations honor against the threat of terrorism and tyranny.

On the 11th hour of the 11th day of the 11th month in 1918, 88 years ago, Germany officially signed the Armistice that ended the First World War. This was the first major conflict that the entire world had witnessed and its peaceful end was the effect of the entrance of one specific military. The military of the United States of America. And now, thanks to you, Veterans, the United States has grown to become the most powerful nation on Earth. Thanks to you and the 25 million other Veterans, this nation can now live in security and peace.

When one of our generation speaks of a Veteran, there is no characteristic that comes to mind more than a hero. Any man brave enough to wear the American colors and fight for Freedom should not be called anything less than a hero. Any person with enough determination to uphold the constitution and keep civilians safe is a respectable, admirable person that is worthy of recognition on a day like today, the day of our Veterans.

Thank you Veterans. You are the reason we are all here today.