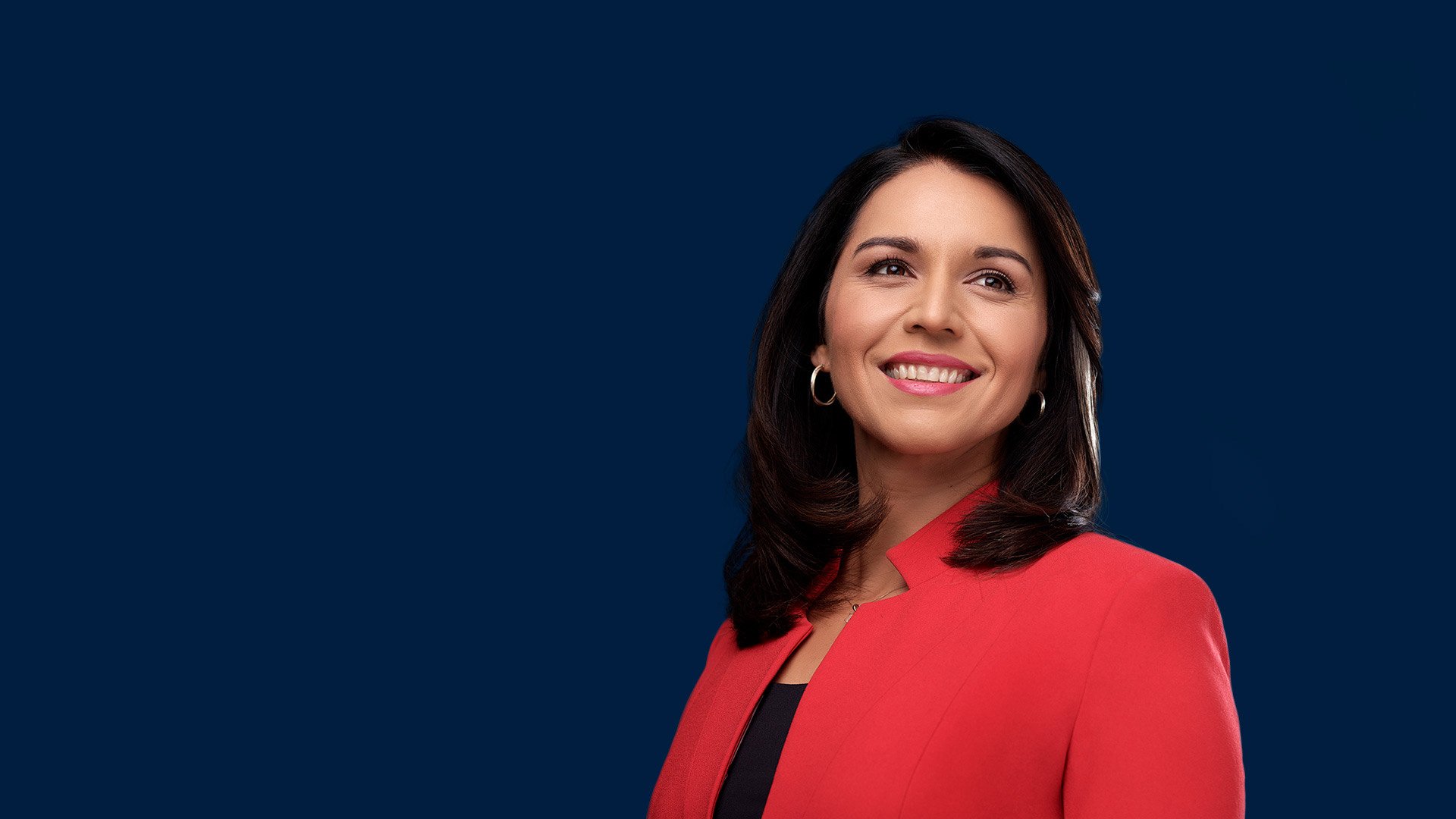 She’s a refreshing political personality with her own ideas, a strong philosophical background, and the chops to back it up.

I’m not one to vote in Democratic presidential primaries, indeed I rarely vote for any major party, but Tulsi Gabbard is among a few interesting candidates who’ve made an entance on the national stage in the last few months (another in Andrew Yang).

She’s anti-intervention, pro-market, not so keen on further government centralization (except a few categories), very knowledgable about traditional roles of government, anti-Deep State, pro-outright legalization of cannabis, and much more.

Her top issue, though, is anti-interventionism. She calls it a “Foreign Policy of Peace Through Prosperity”.

“End the regime-change wars”
“We must end wasteful wars”

As such, that means she’ll get attacked by the Establishment.

She was recently slandered in a New York Times article as a lackey for the alt-right, Russia, Assad, and Anyother-He-Who-Shall-Not-Be-Named.

All for being willing to say that the status quo cannot stand, and that we shouldn’t continue to fight in foreign wars without clear objectives.

That takes guts. And considering her own military career, which she still maintains as a member of the Army Reserve, that’s something that’s not really examined enough. That gives her additional standing to question our constant overseas entanglements.

When it comes to minimum wage laws and Medicare For All, naturally I disagree, but she at least would allow some measure of competition.

Check out this great interview she conducted with John Stossel: