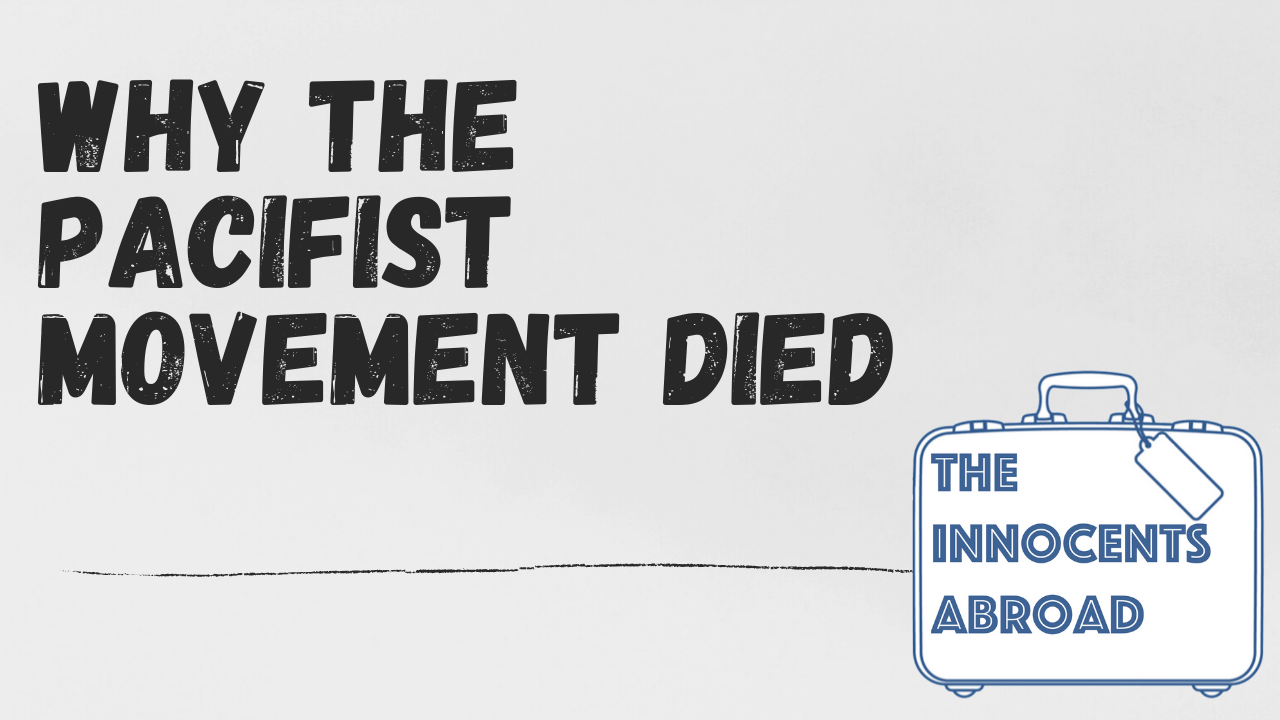 Over the last century, there was a vibrant peace and pacifist movement that existed in the United States.

However, as wars have grown into far-off conflicts and the military has usurped part of civilian life, a standing movement for pacifism has faded from the scene in the 21st Century. Added to that, political parties have enshrined particular doctrines of war as necessary and just, and war has become bipartisan.

In this episode of The Innocents Abroad, we speak with Pratik Chougule about why the pacifist movement has become passé.

Pratik Chougule is a researcher and political consultant who is currently writing a book about American universities in the Middle East. He was previously an executive editor at The American Conservative as well as the managing editor of the National Interest. During the 2016 elections, he served as the policy coordinator on the presidential campaign of former Arkansas Governor Mike Huckabee. From 2008-2009, Chougule was a George W. Bush appointee at the State Department in the Office of the Under Secretary for Arms Control and International Security. He has assisted a number of former U.S. officials with the research and writing of their memoirs. Chougule graduated Phi Beta Kappa from Brown University and holds a JD from Yale Law School.