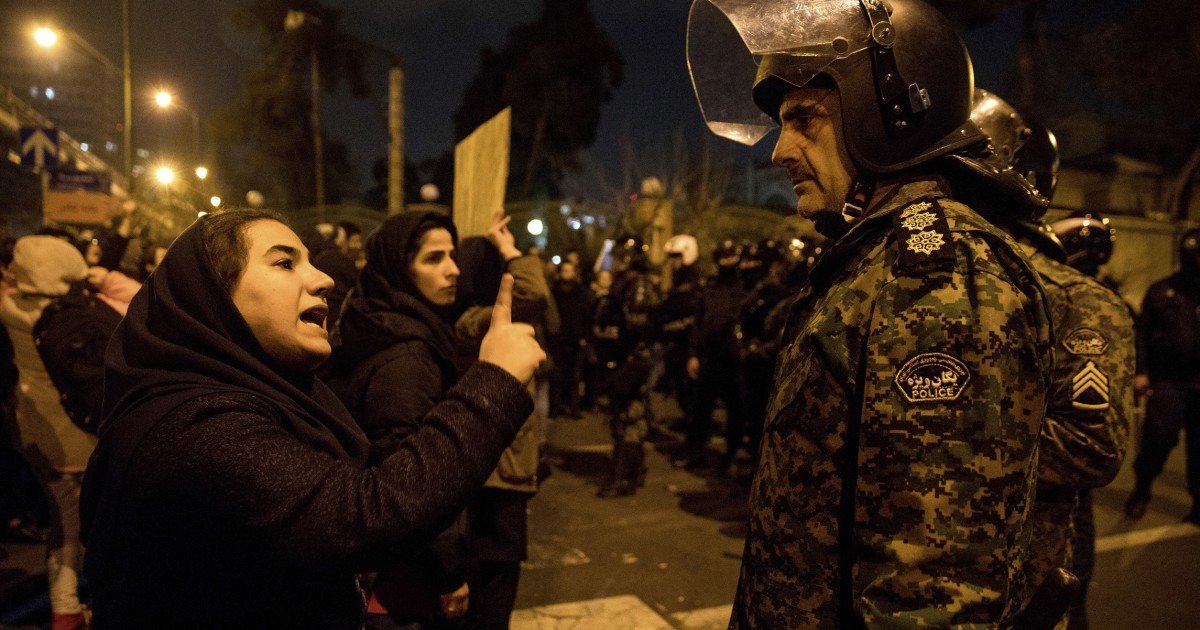 On Saturday, President Trump hit the record books yet again, this time for tweeting the most-liked message in the Persian language ever. The tweet offered support to the Iranian people protesting in the streets against their government and lauded their courage.

The protests swelled throughout the weekend, mostly at university campuses, as young Iranians expressed anger that their government lied to them and the world about what really happened to the downed Ukrainian International Airlines passenger jet, which resulted in the deaths of 176 people. Viral videos showed protesters calling for Supreme Leader Ayatollah Ali Khamenei to step down.

The same day, I was discussing the events with an Iranian friend. Not surprisingly, we were on the same side. War and escalation would have been terrible between our nations. We even recognized that the people in both countries are more alike than we often hear in the media: We both clamor for freedom, appreciate entrepreneurship, and are generally skeptical of government.

She’d love to visit the United States to meet more Americans and visit our country’s great tourist destinations. But thanks to Trump’s infamous travel ban, she’s had her travel visa denied.

Though Trump has articulated his support of the Iranian people, they are effectively barred from visiting the U.S. On my friend’s visa form, the reason for denial was stated simply: Presidential proclamation.

Trump’s “travel ban,” a series of executive orders limiting travel by citizens from countries including Iran, Libya, Syria, Yemen, and Somalia, was first issued in January 2017 and has since been bogged down in the courts. It was originally blocked throughout 2017 but was given a green light by the Supreme Court in June 2018.

For any ordinary Iranian citizen without American ties who wants to visit Disney World, see the skyscrapers of New York City, or learn about America’s foundational documents in Washington, visiting the U.S. is an impossibility. If we really believe in the freedom of the Iranian people, that should change.

The travel ban has been defended as a tool against allowing citizens from countries connected to terrorism. But all it really does is eliminate any positive experience ordinary Iranians can have with Americans or American society writ large.

If the U.S. government considers Iranian people as potential terrorists, how can Trump legitimately claim that he stands with them?

Added to that, consider an Obama-era policy stating that non-Americans who visit Iran and other countries lose their visa waiver status to the U.S. Any person, whether American or European, who wishes to visit Iran is penalized, which makes it more difficult for them to visit the U.S.

My wife and I were not able to go to Iran for my friend’s wedding because going there would have made it harder to visit my parents in North Carolina. That shouldn’t be how it works.

It’s time for the Trump administration to revise the travel ban and similar restrictions so we may consider Iranians as friends rather than enemies.

The best way for Iranians to push for freedom and liberty domestically is to get a taste of it right here in the U.S. Rather than punishing the Iranian people, Trump’s focus should be on the regime, its support of terrorism, and its pursuit of nuclear weapons.

The best foreign policy tools we have available to us are the friendliness of our people, the diversity and culture of our nation, and the openness we have to people from around the world. Let’s let the Iranian people enjoy American vacations like anyone else. That would be a true measure of support.

This article was published in the Washington Examiner.