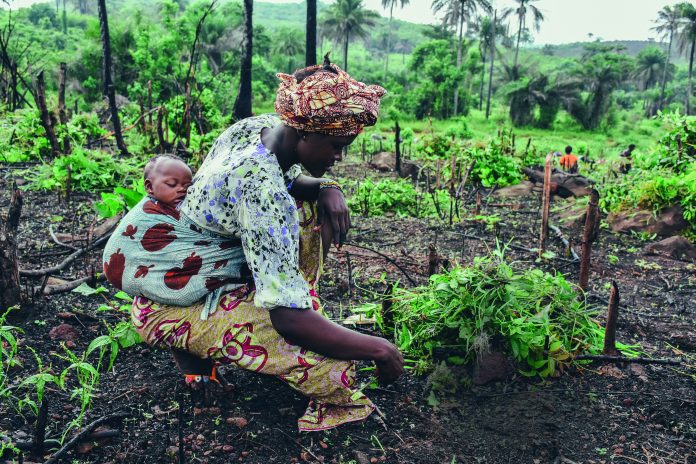 When Microsoft founder Bill Gates revealed his new found obsession with the water closet back in 2011, many thought he had lost his mind. He was known to even show up to interviews and speeches with a jar of feces, a pungent new take on show and tell. How could one of the richest men who ever lived, who pioneered the personal computer, led one of the world’s largest companies and sparked a global technology revolution, now be fiddling around with the one part of our house we dare not discuss in polite company?

As seen in the recent Netflix series Inside Bill’s Brain, Bill Gates’ multimillion-dollar quest to reinvent the domestic toilet is far from a fool’s errand. In fact, he believes cheap facilities for the disposal of human waste will have a more positive impact on humanity than any laptop or cell phone.

By investing into the next generation of affordable and effective toilets, he hopes to increase sanitary conditions in the poorest communities, ridding them of health issues that come with poor hygiene, waste treat men and sewage. It’s estimated these poor conditions cost us collectively €206 billion a year in higher health care costs and lost productivity.

The Bill and Melinda Gates Foundation has donated millions in an effort to find an inexpensive and effective toilet for the masses, focused on improving the greatest number of lives possible. Partnering with charities and international organizations around the world, they are hosting toilet “expos” and offering start-upcash to designers and engineers.

In short, Gates and his wife have focused on how, with small contributions, they could positively impact the greatest number of people worldwide – just one of the most prominent examples of a new social and philanthropic movement dubbed Effective Altruism.

A NEW WAY TO LOOK AT THE WORLD

An ethical concept first developed by Australian philosopher Peter Singer in the 1970s, Effective Altruism has morphed into a moral and political movement that affects not only the charity space, but entire debates on animal welfare, climate change, and poverty programs around the world.

The essential premise of Effective Altruism is, simply, how can we do the most good? It draws from the Utilitarianism and Consequentialism offered by Greek and later 19th-century British liberal political thinkers and philosophers such as John Stuart Mill and Jeremy Bentham. Consequentialist thinking posits that actions should be judged not by what was meant but by how things turn out. Results over intention. Utilitarians add an additional layer by arguing that we should aim to maximize happiness and good forall, while eliminating suffering. The focus is on achieving general happiness by rational means, while using emotion to achieve it.

Rather than emotive appeals, however, effective altruists want to use science and data to determine the most worthy and needy causes – what they see as extending utilitarian thinking to the next level. Where can philanthropy can do the most good? Is it in our own societies or abroad? Should we focus more on education or health care? What about global poverty?

“We have a community here that supports each other to really think through the difficult decisions and answer to how best to do good,” she told Metropole. “It’s not about having all the answers, it’s about asking the questions in a scientifically humble and strategic way. What is good, how can we reach it, how can we measure it, and what does that mean for me as an individual giver or for a career path?

“And it is much more cost-effective to focus on developing countries, rather than in Austria,” she said, “ – to improve quality of life and do the most good for [all of] us.

”Considering the many challenges presenting developing economies, emphasis is on the poorest nations on the African continent.

An Austrian living in Vienna could donate $100 to a local Catholic charity to help feed hungry children and it may feed around 10 children for a few weeks. But if he donates that same amount to a charity in Nigeria, mosquito nets against malaria could potentially save thousands of lives in a country where millions die each year from insect-and animal-borne diseases.

This explains Bill Gates’ mission to up-grade the toilet, and that of the many NGOs and international organizations with charity operations across Asia, Africa, and South America. With well-calculated and targeted donations, Effective Altruism posits that there is a multiplier effect that can give more bang for the buck.

This approach has been criticized for “hyper-rationalizing” personal charity and trivializing the suffering of our closest neighbors. Oxford philosopher Amia Srinivasan says it fails to address “iniquities of the system” by focusing too much on small fixes and accepting the capitalist system as status quo. More than that, no one can deny the well-intended and positive impact of the millions who volunteer, or of religious charities that serve local communities with efforts rooted in a more spiritual calling.

In many Western nations, the issue of climate change has become a central focus, at least in rhetoric if not in action. It’s a requisite topic in parliament for most political leaders in Europe, and a principle theme of global conferences that attract financial and political elites such as the annual United Nations Climate Change Conference and the World Economic Forum hosted in Davos, Switzerland.

Much of rhetoric focuses on government action – passing legislation or partnering with the private sector to solve and mitigate the risks posed to humanity by climate change.

“Effective Altruism is not about having all the answers. It’s about asking the questions in a scientifically humble and strategic way.”

For effective altruists, however, climate change presents a different question: Yes, climate change presents unique challenges to humanity. There will be loss of livelihoods, land, and even lives. But at present there are few direct solutions that will allow us to avert this course. Instead of putting our energy and resources in protecting shorelines or reducing fossil fuels, many effective altruists believe investments should be helping humanity where it is most needed: fighting poverty and malnutrition.

In 2012, the Copenhagen Consensus Center, the research think tank founded by Danish political scientist and author of The Skeptical Environmentalist Bjørn Lomborg, gathered 5 top economists – including four Nobel Prize winners – and asked them a simple question: How could we spend $75 billion to make the world a better place? The eponymous book that followed focused on two main areas: nutrition and the fight against malaria.

To help the greatest number of people alive today, they concluded, the best solution would be to provide micronutrients, eliminate causes of diarrhea, and invest in immunization. Just $300 million in malaria research could prevent 300,000 child deaths yearly. It is an approach that sees large-scale transfers of wealth as ineffective in solving the climate crisis.

But what about carbon footprints and individual actions that contribute to climate change?

The modern Effective Altruism movement has one of its most prominent ambassadors in a 32-year-old Scottish philosopher named Will MacAskill. Now associate professor at Oxford University, MacAskill has founded three separate nonprofits based on the principles of Effective Altruism, encouraging more than “3,500 people to pledge $1.5 billion to effective charities,” according to his website.

For those who would like to directly impact climate change, he says, donating a few hundreds of dollars to the charity Cool Earth would be the most effective action. Cool Earth partners with local communities near rainforests to ensure they are never sold or cut down, effectively protecting the forests and thus offsetting carbon emissions. Other observer calculated that for every $1.34 donated to the charity, 1 ton of carbon dioxide is offset.

Of course, reducing climate change discourse to a few property deals in rainforests is sure to invite hostility and opposition to those who embrace Effective Altruism. Organizations such as Greenpeace and Friends of the Earth advocate for an immediate halt to the use of fossil fuels and want carbon taxes on industry as principal solutions to climate change.

These groups oppose the extreme “rationality”of effective altruists because they believe more can be done, and that those who emit more carbon should accept the burden. If we all embraced Effective Altruism, would it still lead to the same paradigm shift these activists strive for?

Extremely rational giving tends also to neglect areas that provide important social benefits. Without significant investment in the arts, for example, would our cultures be as dynamic, as reflective, and as capable of rewarding non-scientific creativity? Would we be as happy? These are legitimate criticisms.

Canadian psychologist and Harvard professor Steven Pinker embraces Effective Altruism, what he calls “the efforts that actually help people rather than [just] making you feel good or helping you show off – as one of the great new ideas of the 21st century.”

Unless, of course, it were expected, or even required, of for profit companies, as well as individuals.

“Businesses that are oriented toward a higher purpose and use profit to achieve that purpose can create impactful and sustainable solutions to serious challenges affecting humanity,” says Alexander McCobin, making possible the treatment of diseases, healthy foods and affordable clothing. As CEO of the Silicon Valley-based community Conscious Capitalism, he believes companies can provide just as much value to society as charities. Would charities have been able to introduce electricity networks or microloans to entrepreneurs in third-world countries? “If Effective Altruism were more widely embraced, an individual’s intent would cease to hold such importance; we’d care more about impact,” McCobin told Metropole.

Still, it is intent that drives individuals to be charitable in the first place.

Another topic that this movement has highlighted is animal welfare. Veganism – as both a philosophy and a lifestyle choice – is practiced as a method of avoiding exploitation and suffering of animals. It hinges on the idea of reducing suffering, and doing that by abstaining from animal products. effective altruists who elevate animal welfare do endorse veganism, but in moderation.

Refraining from eating chicken and chicken eggs, they argue, would do much more to alleviate animal suffering than refraining from beef. If demand for chicken decreases, farmers would be forced to reduce their stock of chickens. Considering cows are much larger and yield more food, it takes many more slaughtered chickens than cows to fulfill a person’s average animal product intake. Lower demand for beef would much less of an impact than less demand for chicken.

If refraining from particular animal products is an effective altruist trait, so is the scientific development of meat alternatives. American companies such as Beyond Meat and Impossible Foods have created beef and pork substitutes that use only plant materials, free from animal products. Would this shift agricultural land use and reduce emissions significantly, or would it invite more unintended consequences we cannot yet foresee? It’s about recognizing that some choices are just better than others, say the effective altruists. Our well-intended actions are commendable, but empirical study of the effectiveness of those actions and their potential to bring about good, also matter.

Perhaps, say the skeptics: But however clear the logic, a choice to give still has to be made, based on what you believe is right – ultimately an act of the heart, not the mind. So first we must imagine a better future. Then, and only then, will we have a choice at all.

“[To] actually help people rather than [just] making you feel good oor helping you show off.”

This article was published in Metropole Magazine. PDF available here.