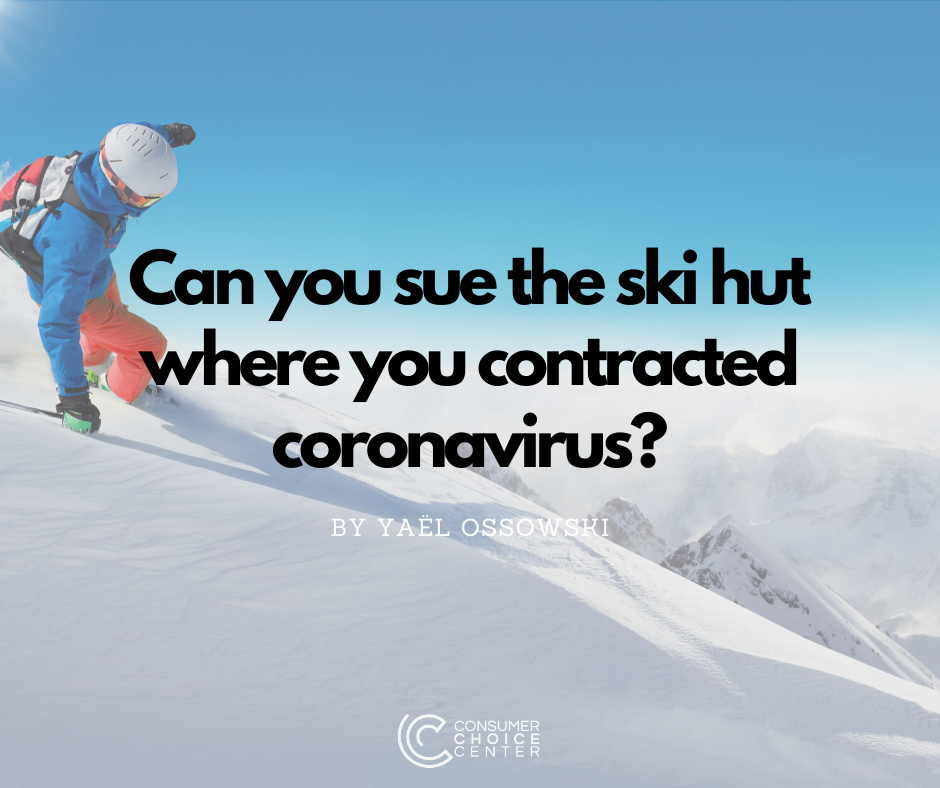 European nations may be opening up their economies throughout the month of May, but that grand opening is likely to be dogged by the wave of COVID-19-related lawsuits.

We learned over the weekend that over 5,000 international tourists to the ski town of Ischgl, Austria are in the process of filing a lawsuit against the town and public officials. There are also being considered against ski resort owners in the area.

The lawsuit is being prepared by the Austrian Consumer Protection Association, which claims health authorities and the bar owners were “negligent” in not shutting down ski huts and restaurants earlier. They launched a website asking potential plaintiffs to share their information in order to join a future class-action lawsuit.

Often described as the “Ibiza of the Alps,” Ischgl made international headlines as an epicenter of the coronavirus crisis. At one particular venue, Kitzloch, a German bartender reportedly tested positive for coronavirus on March 7th. The bar closed its doors two days later. The town went into lockdown on March 13th. Tyrolean Governor Günther Platter then issued a province-wide quarantine on March 18th.

By the end of March, nearly 1,000 cases across Europe could be traced back to the resort town, and as many of 1,500 to the region itself.

The complaint states that the delay from the first known case until the ski town was ordered into lockdown was “negligible” and that authorities should have “known of a threat of mass infection”. Some have even blamed “greed” and “toxic business” as the reason local officials and business owners waited before shuttering doors. But as covered above, ski lodges and restaurants shut before provincial and national lockdowns ordered them to.

The first death in Austria from the coronavirus wasn’t until March 12, after which the town of Ischgl went into complete lockdown. The national lockdown went into effect four days later.

Is this enough to make a case against ski huts and villages where tourists contracted coronavirus?

As my colleague Linda Kavuka has pointed out, the current pandemic is a living and breathing example of Force Majeure, an Act of God that indemnifies certain parties in lawsuits and breaches of contract because it is simply “beyond the control” of any person or organization.

That said, there are legitimate questions to be asked: should ski towns have shuttered their doors and closed down bars and restaurants earlier? Likely. But we simply didn’t have the same information then as we do now.

And considering the very disturbing revelations about obfuscation of information by both the Chinese Communist Party and the World Health Organization at the outset of this crisis, it’s hard to place blame solely at the feet of local mayors and ski hut owners in the Alps.

(That’s why the U.S. states of Mississippi and Missouri have filed lawsuits against China.)

Of course, the fact that any skier or holiday goer would contract the coronavirus at a place where they were supposed to be enjoying themselves is a tragedy. Many people unknowingly spread the virus, were hospitalized themselves and died as a result. No one can excuse that loss of life and the grief that ensues.

But what we must hold uphold, in this situation and many more to come, is the facts and cases we allow to enter our legal system and our courts.

Classifying or assigning claims of negligence in the pandemic could likely mean thousands of unwitting public officials, business owners, and individuals will be held liable for what they didn’t know at the time. That would be a dangerous precedent.

We’ve often covered the incredibly litigious culture in the United States’ tort law system and articulated to reasons to reform it. Now, it seems, we’ll have to spread that same message throughout the European continent.