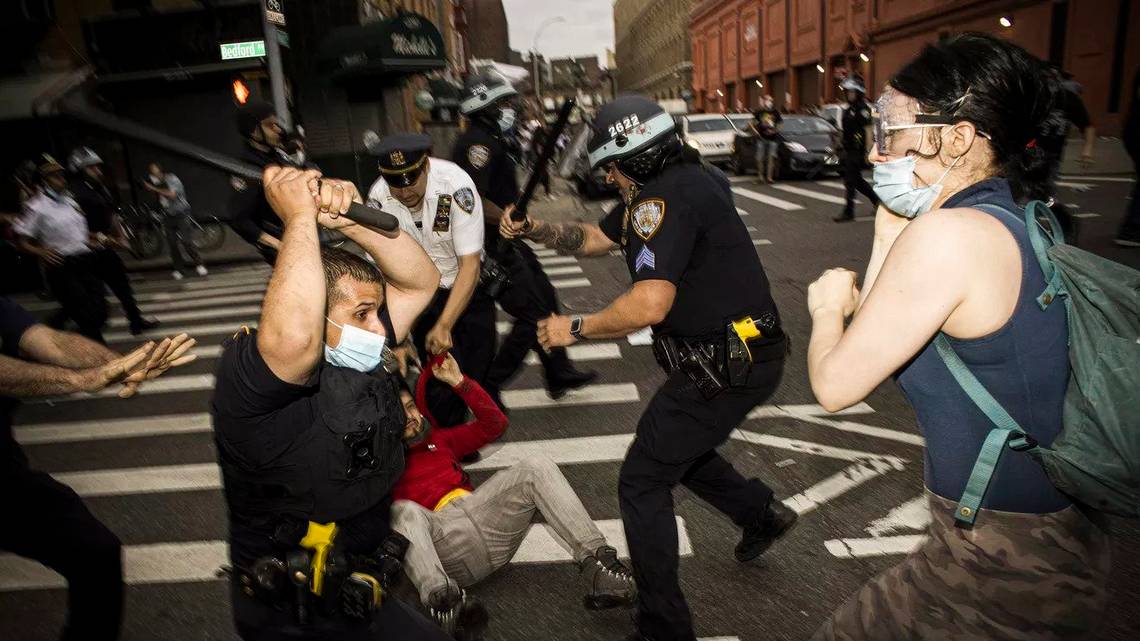 Across the country, people of all backgrounds are in the streets to seek justice.

They feel let down by their institutions, their cities and their nation. They’re not wrong. The shocking death of George Floyd in Minneapolis has awoken many Americans to the pressing issues of police accountability and racial justice.

For a lawsuit-frenzied country, one would think there would be an overwhelming number of lawsuits filed against police officers who abused their power.

But that’s not the case, because of a little-known legal doctrine called “qualified immunity.” It effectively shields all civil servants from being sued for actions they perform on the job.

A recent Reuters investigation found that qualified immunity is a “fail safe” for those who commit police brutality and denies victims of that violence their constitutional rights.

Several elected officials in Washington, D.C., are taking a second look at this policy, and the U.S. Supreme Court is being pressured to revisit the issue, even though justices have consistently upheld it.

Stripping this defense from police officers who use excessive and deadly force in the line of duty would help protect future lives, and restore justice to those who need it most.

In Florida, between 2013-2019, 540 people were killed after altercations with police; 31 percent of them were black, according to the Mapping Police Violence Database.

A Tampa Bay Times database found that of the 772 incidents with officer-involved shootings between 2009 and 2014, there were just 91 lawsuits. It is not known how many resulted in significant settlements establishing negligence, but a similar database in New York shows it’s just a handful every year.

For the families of the innocent victims in police altercations, we want a legal system that can not only prosecute and sentence officers who use excessive force, but also hold them responsible in civil courts.

That should be easy considering the United States — and Florida, specifically — are among the most litigious places in the world. But the majority of civil lawsuits are filed are not based on the negligence of police officers or other civil servants, but against business owners by trial attorneys representing consumers. These cases are often frivolous .

But they often become large class-action lawsuits that take up extraordinary time and resources in the courts, promising huge payouts to the suing legal firms and virtually nothing for class members, all the while slowing down the prosecution of civil wrongs that resulted in injuries and death.

A significant analysis of large class-action lawsuits compiled by the law firm Jones Day finds that class members received an average of just 23 percent of eventual payouts — sometimes in the billions of dollars — and close to two-thirds went straight to lawyers instead.

These large settlements end up costing companies and the consumers that suffer from higher prices, not to mention the hundreds of potential plaintiffs who are not able to have their civil cases quickly heard.

Instead of a judicial system clogged with civil lawsuits that actually end up harming citizens, what about a more accountable legal system that would help deliver justice to the victims and families most harmed by those who are supposed to protect us?

That’s why qualified immunity of police officers and civil servants cannot be allowed to stand, and we must institute legal reform that would help balance justice in our society.

This is the right moment to focus on justice and equality. Making our judicial system more robust and more adept at identifying those who commit civil wrongs should be a priority. We owe this to all victims of violence and those who deserve restitution.

Yaël Ossowski is deputy director of the Consumer Choice Center. He was formerly Florida Bureau Chief for Watchdog.org.