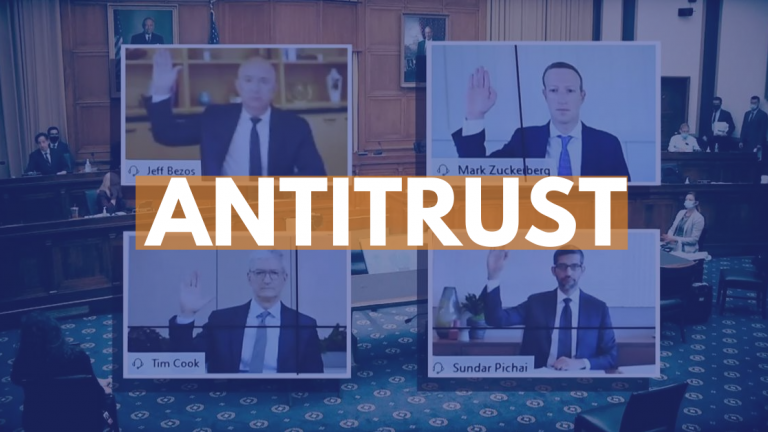 Armed with face masks and fresh customer complaints, members of the House Subcommittee on Antitrust, Commercial, and Administrative Law convened both virtually and in-person on Thursday, for the first of many hearings on competition in the tech sector.

It was almost a six-hour marathon of gobbledygook legal turns of phrase and static-prone sessions of troubleshooting for lawmakers.

The witnesses were CEOs from some of the four largest companies in America: Jeff Bezos of Amazon, Mark Zuckerberg of Facebook, Tim Cook of Apple, and Sundar Pichai of Google.

Together, these companies serve billions of global consumers for a variety of needs, and have become very rich by doing so. They employ millions of people, make up big portions of the American economy, and have been the trailblazers for innovation in virtually every free nation.

It is also true that they’ve made many mistakes, errors in judgment, and have made it easy to be bashed by all sides.

Despite that, these companies are true American success stories. And that’s not even considering the industrious biographies of their CEOs on the witness stand, including an immigrant from India, the son of a teenage mother and immigrant stepfather, a college dropout, and a gay southern man shunned by the Ivy League. Each of them is a self-made millionaire or billionaire in their own right.

But in the context of this hearing, they were America’s villains.

The potshots in the hearing came from both Democrat and Republican congressmen, each using their bully pulpits to reel out various accusations and grievances on the representatives from Big Tech.

The scene was analogous to George Orwell’s Two Minute Hate on repeat, the face of Emmanuel Goldstein replaced by a WebEx video call on full screen with smiling CEOs surrounded by furniture in their home offices.

For Republicans, it’s all about the bias against conservatives online, facilitated by the thorny content moderation that selectively edits which social media posts are allowed to stand.

What’s missing from this story so far? American consumers.

No doubt, there were many instances in which lawmakers invoked the interests or wishes of consumers, but only in passing.

The justification of the hearing was to determine whether these companies have abused the trust of the public and whether consumers have been harmed as a result of their actions.

But more often than not, questions from committee members hinged on the and “business acumen” of decisions taken within the company.

An example is Rep. Pramila Jayapal, of Washington State. She represents the same district where Amazon was founded by Jeff Bezos. She used her speaking time to condemn Amazon for collecting data on third-party sellers who are able to use Amazon’s website to sell products.

“You have access to data that your competitors do not have. So you might allow third-party sellers onto your platform, but if you’re continuously monitoring the data to make sure that they’re never going to get big enough to compete with you, that is the concern that the committee actually has,” said Jayapal.

Here, we’re talking about Amazon’s online platform, which sells millions of goods. Two decades ago, Amazon opened up its platform to merchants for a small fee. It was a win for sellers, who could now have easier access to customers, and it was a win for customers who now can buy more products on Amazon, regardless of who the seller was.

When Amazon sees that certain product categories are very popular, they will sometimes make their own, knowing they have the infrastructure to deliver products at high satisfaction. This brand is called Amazon Basics, encompassing everything from audio cables to coolers and batteries.

Rep. Jayapal says that by collecting data on those merchants in their store, Amazon is effectively stealing information…that sellers voluntarily give in exchange for using Amazon’s storefront.

However, the end result of the competition between Amazon’s third-party sellers and Amazon’s own products (on Amazon’s platform) is something that is better for the consumer. There is more competition, more choice, and more high-quality options to choose from. This elevates the experience for a consumer and helps save them money. This is far from harm.

The same can be said of Apple and its App Store, which came under fire from the chairman of the committee, Rep. David Cicilline. He said Apple was charging developers who use the App Store “exorbitant rents” that veered toward “highway robbery”.

Apple CEO Tim Cook was quick to retort by pointing out that the App Store is a platform for its own apps, but it also allows third-party developers to use that store for a fee. This is an entirely new market space that never existed before Apple opened it, and thus is a net gain for any developer who uses the store, and benefits consumers who click and download even more.

Throughout the hearing, public officials pointed to internal documents as proof of the malfeasance of the tech firms. The documents were unearthed by the committee and contained emails and memos on mergers, acquisitions, and business practices from all four tech firms.

The Financial Times classified these documents as evidence that the companies “chased dominance and sought to protect it.”

Rep. Jared Nadler of New York chased down Mark Zuckerberg for his decision to purchase the photo-app Instagram back in 2012, calling the move “outright illegal” because he believed Facebook bought it to “essentially put them out of business.”

Today, Instagram is an incredibly popular app that has grown to half a billion users, thanks to Facebook’s investments, talent, and integration. It’s made consumers very happy, and has become an attractive product for advertisers as well. Again, no harm for the consumer.

Pro-Consumer, not Pro or Anti-business

One of the most astute lines from the hearing came from the sole representative from North Dakota.

And add to that the eventual scenario whereby only the highly connected and vastly wealthy tech companies will be able to comply with stringent regulation from Washington. That’s not what consumers want, and it’s not what Americans want either.

If Congress aims to use antitrust power to break up or heavily regulate the enterprises built by Google, Amazon, Facebook, or Apple, it won’t be done lightly. It would likely leave a lot of damage in its wake for small and medium-sized businesses, many of whom rely on these major firms to conduct their business.

Each of these companies represent a case study in innovation, entrepreneurship, and giving the people what they want to create a huge network of consumers. There’s a lot to learn there.

Instead of using the law to break up companies, what if we learned from their success to empower more consumers? 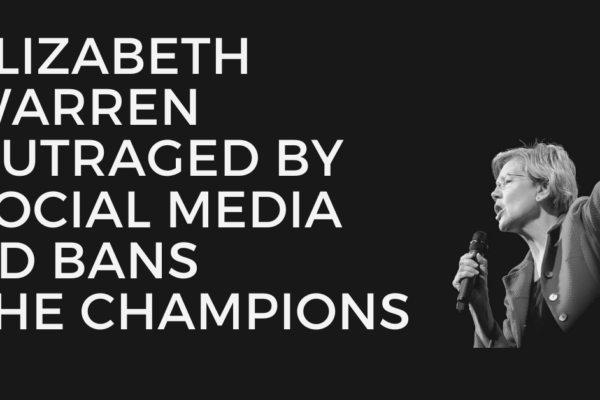 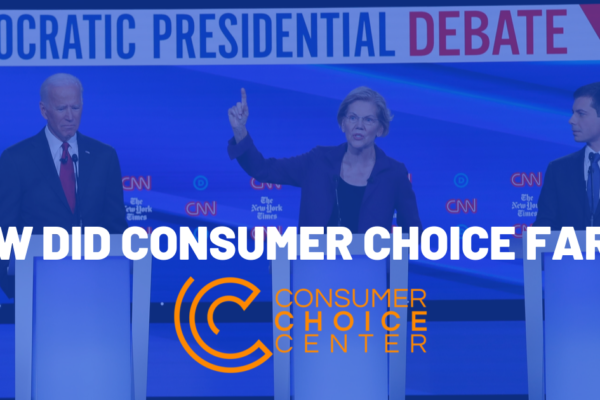