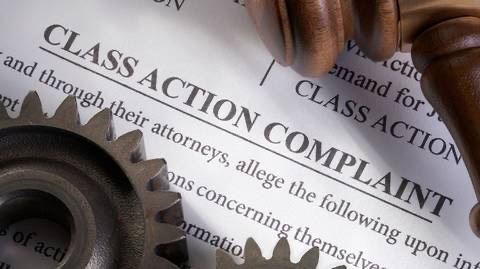 With arcane rule changes and different policies on absentee voting, we are bracing for lawsuits and recounts that could keep both presidential candidates’ legal teams busy until New Year’s. For once, thankfully, it will not be Florida’s fault.

This is another reminder of how much we have allowed our country to be captured by the legal profession. Whether it’s elections, climate change or the latest corporate scandal, lawsuits have become as American as apple pie.

In the past year alone, personal injury or tort lawsuits have risen more than 7 percent to a whopping 73,000 a year, according to the Department of Justice.

One surprising legal principle that has helped fuel these cases is “public nuisance.”

In the past few decades, plaintiffs’ attorneys have expanded the claim of public nuisance — meant to cover pollution or obstructions that cause harm to property — to include widespread social problems such as climate change and opioid addiction.

The goal is to extract large paydays from firms because of either real or perceived damage. Most companies would rather settle than be publicly dragged by the media. Just ask Elon Musk.

There are, no doubt, legitimate cases where real harm has been done. But many of these cases stem from complex issues that require public-policy solutions rather than judicial rulings, which distort our legal system and set dangerous precedents.

Originally, public nuisance was invoked as a way for local governments to protect the public’s right to access public roads, local parks, and waterways, or to halt domestic disturbances like prostitution or gambling.

But recently, state and local courts have been more open to looser interpretations of public nuisances, leading to gross abuses of our already overly litigious justice system.

For example, in 2000, attorneys went to localities in California to sign on as plaintiffs in a massive lead-paint lawsuit. The claim was that lead paint, later known to be dangerous, was “aggressively marketed” by the producers, constituting a public nuisance.

Over $1 billion was ordered to be paid to the California cities and counties, eventually reduced to $305 million in a settlement. Trial lawyers pocketed $65 million, and judges became empowered to use the law to address larger societal problems. Then came the opioid crisis.

In 2019, Oklahoma used the state’s overly broad public-nuisance statute to sue companies that marketed and distributed opioids. While other drugmakers settled, Johnson & Johnson went to trial. Even with a small share of the opioid market and no causal link found between its products and widespread opioid addiction, they were ordered to pay $572 million in damages, of which $85 million went to the lawyers.

From vaping to plastics to environmental cleanups, the public nuisance legal strategy has increasingly become an effective and profitable way to skip the legislative process and push political agendas against innovation.

Environmental foundations, including one headed by Mike Bloomberg, have funded lawyers and activists to recruit governments to join lawsuits against energy companies for climate change. These attorneys then seek friendly courts where public-nuisance statutes exist or where activist judges are willing to embrace this legal theory.

Some judges have dismissed these public-nuisance claims, ruling that energy producers have contributed significantly to our economic development. But federal appeals courts have allowed California cities, as well as the city of Baltimore, to advance their cases against fossil-fuel producers. And more could be coming.

This trend shows how our legal system is being used to advance anti-innovation political agendas.

This makes our legal system unpredictable, undermines the rule of law and increases the cost of doing business as companies must prepare for future lawsuits, whether they caused any actual harm or not. All of that ends up increasing prices for all consumers. We need smart and better policies, not more lawsuits.

Yaël Ossowski is deputy director of the Consumer Choice Center. He was formerly Florida Bureau Chief for Watchdog.org.

Published in the Miami Herald.

PDF version of the print edition is here.