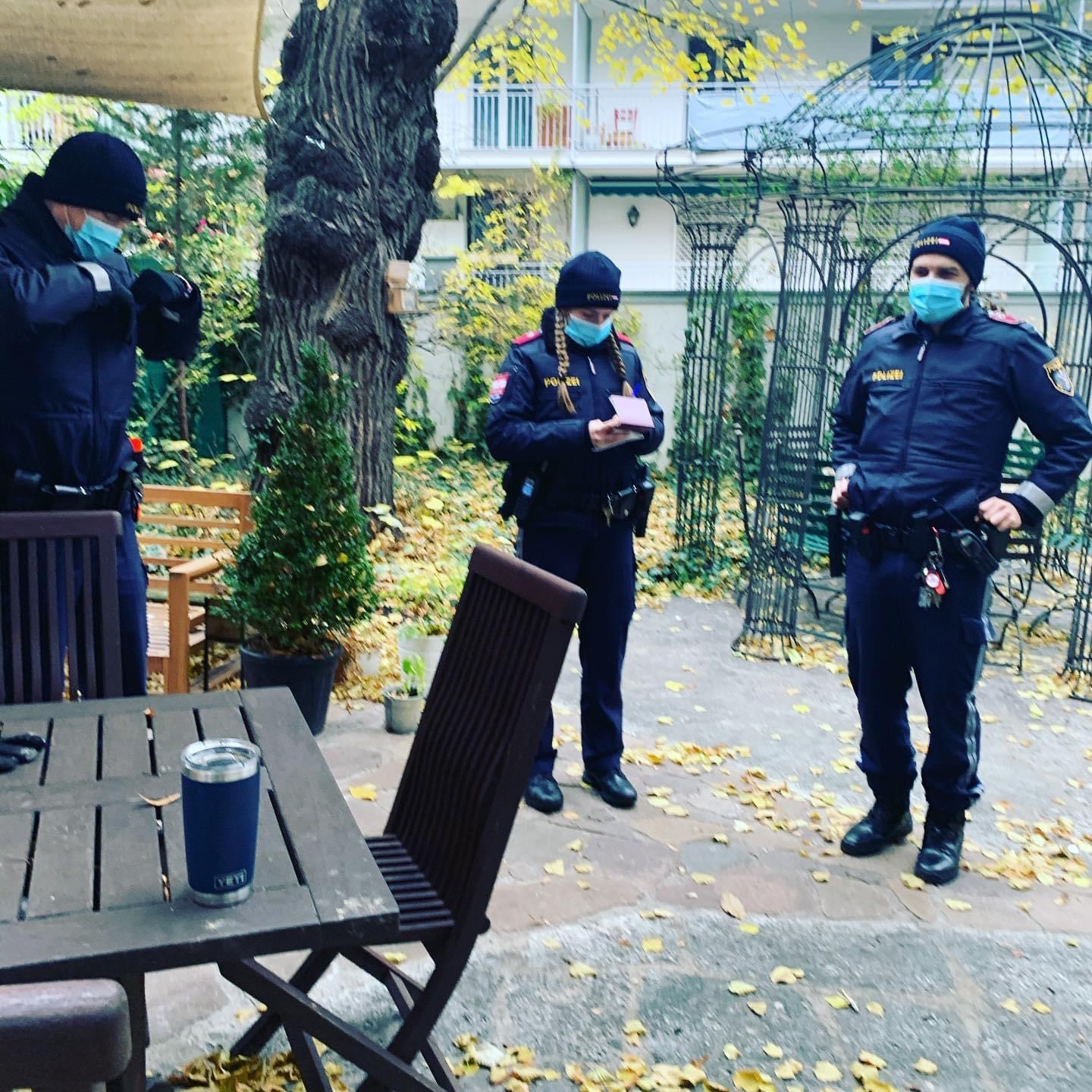 Before the law came callin’, we need a callback. On Wednesday, I arranged to meet my contact who happens to be a butcher (Servus Herr Mader!) who supplied me with his freshest 6.5kg (15lb) turkey from the Austrian countryside.

I flashed my Apple Card® and we exchanged a few words in our usual banter, flooded with Austro-German twang and my hackneyed accent in the language of Goethe. I asked him for his next available brisket and a meter or two of butcher twine. He obliged. Pulling down my face mask at the door, I made it back to the car left illegally parked on a locked-down weekday.

Once home, I put the bird to sleep in a cold stew of salt, sugar, and citrus, a brine of my concoction.
The next day, after a terrible slumber, I snapped my medical gloves onto my hands and muscled through a custom massage of spices and herbs for the bird.

From there, it was tossed onto my piping hot smoker, a few inches from the firebox overloaded with logs of maple wood I ordered via The Net.

An hour later, as I tied my daughter’s shoes for our daily walk n’ nap, and after I gave the Turkey its first butter bath, the doorbell rang. Three masked uniformed officers appeared in the video box. It wasn’t panic that overtook me, but rather a kind of seismic recalibration. I knew I had a snitch of a neighbor.

My wife, the dashing local, got the story from the police officers dispatched to the location of my smoker grill and negotiated their departure. An elderly neighbor called the police because I was smoking meat and because there was smoke. ‘Nuff said.

Knowing no law was broken and my smoke was rather modest, the three officers, socially distanced and smiling beneath their masks, whispered that they knew the complaint was frivolous. They were forced to follow up. It’ll make for a great story back at the station. One even took a sneak peek at my beautiful bird. He said he’d be back at 4 PM when it’d be done and ready for plating at the Thanksgiving table. Y’all are always welcome.

In the end, the officers playfully scribbled my wife’s information and thanked us for our time. They even asked about our outside space and the configuration of our apartment. People in Vienna like asking others about their apartments. My daughter looked on and rubbed her eyes. Her nap was getting delayed because of this? How bizarre.

The officers made their way back to their car also left illegally parked on a locked-down weekday, and that was that. We were left alone. So it goes.
No fine, no ticket, and nothing but an affirmation that the neighbor who called the cops on a family celebrating Thanksgiving in the middle of a pandemic and a grueling lockdown was nothing but a Grinch. A Grade-A piece-of-work. A no-good, binoculars-wearing, thick-thumbed grouch with no life of their own.

My fellow American friend who also lives in Vienna, and is known to smoke meats in his neighborhood from time-to-time, told me now I know what it’s like to be black: To have the cops called on you for a cookout. He’s not wrong. Let people smoke in peace.

In my case, I was an American expat dealing with Viennese cops who were more curious about our apartment layout and turkey cooking methods than handing out fines based on the screeching of a grumbler.

Regardless, some five hours later, the bird was done. I gave it a beauty glaze, carved it as best I could, and served it. It was delicious.