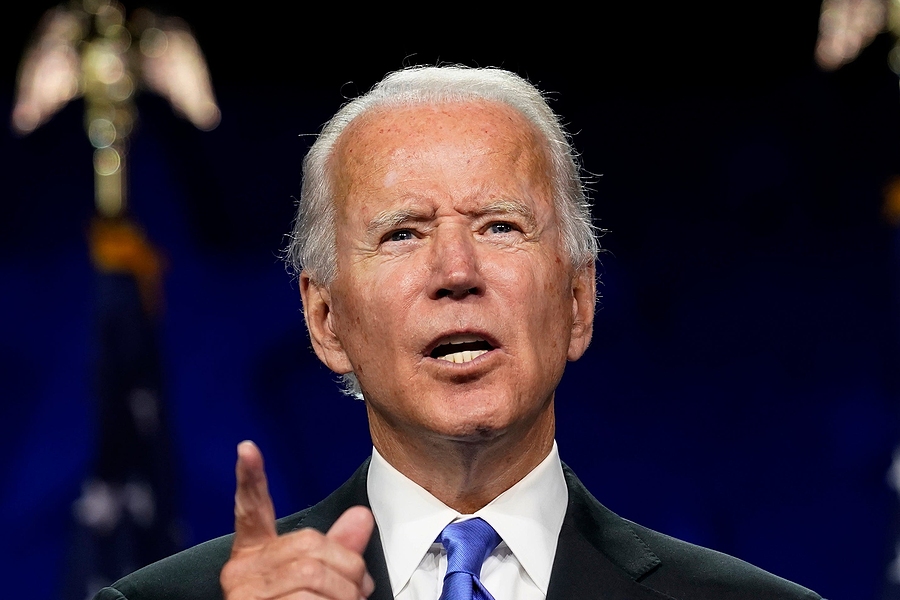 The 2016 Donald Trump coalition was one for the ages.

These were far from typical Republican voters, made up of disaffected liberals, libertarians, nationalists, run-of-the-mill conservatives and skeptics of adventurous foreign policy.

Rhetoric on “dismantling” of the administrative state, promises of low taxes and cutting down on wars abroad convinced many moderates and libertarians who otherwise wouldn’t have backed a GOP candidate. In 2020, due to many reasons, that coalition didn’t deliver for Trump.

As President-elect Biden assembles his administration and evaluates the coalitions that brought him to power, he’d be wise to channel some libertarian ideas that made 2016 Trump somewhat appealing to these groups and perhaps pivot public policy in a freer direction.

To begin, the incoming Biden administration has an opportunity to return America to a humble foreign policy and reduce our involvement in endless wars, a sentiment shared by large majorities of the American people.

If we remember the 2016 version of Trump, he was a standout in the GOP primary because he spoke to the voters who believed it was time to draw down America’s military presence overseas. Biden has proven to be a cheerleader for interventionism in the past, but the American electorate’s current tolerance for war is at an all-time low.

Beyond the wars themselves, Biden should also restore the balance of powers to restore Congress’ ability to decide war and peace. A 2018 survey by the Committee for Responsible Foreign Policy found that 64 percent of Americans disapproved of Congress’s lack of leadership on military matters.

It also found that 78.8 percent of respondents agreed that Congress should “require clearly defined goals to authorize military engagement overseas.”

That would help reduce the amount of armed conflict where we send our soldiers, and also keep Congress accountable to the people. Perhaps then, we wouldn’t still have troops in Afghanistan, Iraq, and countless other nations.

Here at home, Biden should continue Trump’s laudable criminal justice reform efforts, which are currently being led by Republican state legislators across the country. In 2018, Trump signed the First Step Act, earning praise from all political sides by enacting needed prison and sentencing reforms.

Over 3,000 inmates were released as a result of the law, and it will be a good start to future Biden efforts. A June 2020 Associated Press poll found that 94 percent of Americans support at least some changes to the criminal justice system, and it has become a key area of agreement between libertarians, progressives, and conservatives.

The social justice protests of the last few months will add plenty of heat to Biden’s team to hasten change.

When it comes to revitalizing our economy still in the thralls of COVID, one achievable policy area is occupational licensing reform, clearing the barriers for millions of Americans to achieve their entrepreneurial dreams without the red tape of government.

Reducing the number of occupations that need licenses overall, but also ensuring that licenses are valid nationally would help push the least well-off into the middle class. As the work of the Institute of Justice has proven, these restrictions most often harm the working poor.

In 2015, President Obama’s own Treasury Department issued a report arguing that “licensing requirements raise the price of goods and services, restrict employment opportunities, and make it more difficult for workers to take their skills across State lines.”

Democratic governors in Pennsylvania and Montana as well as Republican governors in Arizona and Utah have passed legislation enshrining reciprocity for occupational licenses, erasing the notion that a license obtained in one state should be invalid in another. Removing federal barriers would be the next key ingredient.

One of the more difficult areas for Biden’s administration’s outreach to Trump voters will be that of trade.

Economists from across the political spectrum overwhelmingly support free trade because they understand that international trade is not a zero-sum game, but a mutually beneficial exchange. It’s a free market applied globally. But that won’t convince the former factory worker in Ohio or Pennsylvania who checked Trump’s name at the ballot box.

Trump made his name as a stalwart against China, and it is true that there is a reason for concern, especially when it comes to intellectual property theft and the long arm of the Chinese Communist Party.

But the fact remains that Trump “Tariff Man” trade wars have been disastrous for all of us.

A 2019 report by the Brookings Institution estimated ongoing trade wars cost the U.S. hundreds of thousands of jobs and potentially billions in economic growth. Washer and dryers, for example, are now 12 percent more expensive now than before Trump waged his trade war.

Tariffs slapped on other countries, we should remember, are essentially taxes on American consumers. That message needs to be top of mind for Biden and his appointees if they want to restore prosperity.

Policies and ideas matter, and now is the time to contribute to that. Skeptics of governmental power will have all the reasons in the world to oppose and restrict Biden, but we should at least promote the ideas that we know will galvanize support across all of our society.

Yael Ossowski is deputy director of the Consumer Choice Center.

Published on Inside Sources.