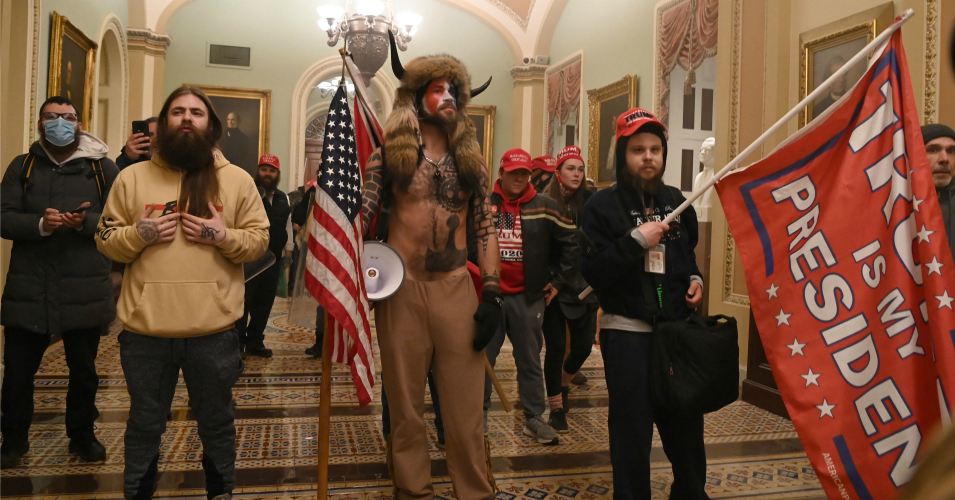 On Wednesday, we saw the worst passions of the American Republic storm through the doors of the U.S. Capitol in Washington, D.C.

For hours, people around the world watched as marchers and protestors transformed into rioters who ransacked various congressional offices, posed for photos on the House floor, and terrorized hundreds of congressmen and women, senators, staff, journalists, and Capitol hill police.

One woman, a protestor and rioter from Arizona, was shot and killed by Capitol police. Three others died due to medical emergencies, according to Washington, D.C., Police Chief Robert Contee.

The march outflowed from a “Stop the Steal” rally held by President Donald Trump in the hours prior, decrying the results of the 2020 Election and fueling various allegations of voter fraud and manipulation.

He urged his supports at the rally to turn their attention to the U.S. Congress, where both bodies were deliberating the final tally of the Electoral College votes.

Our organization, the Consumer Choice Center, advocates for lifestyle freedom, innovation, and consumer-friendly policies, and we wouldn’t normally interject on issues of law and order. But considering how close yesterday’s events came to the heart of the American Republic, it is impossible to overlook.

What transpired at the Capitol yesterday was something no one should tolerate in a liberal democracy such as the United States. The ransacking of a seat of the federal government, by any force or group of individuals, is an act of aggression that should no doubt be prosecuted.

It was, no doubt, a result of demagoguery and a violent urging at the hands of U.S. President Donald Trump.

There are many items of concern that our organization has broadly agreed with President Trump on: questioning the role of the World Health Organization early on in the pandemic, dismantling burdensome regulations that quash innovation, pushing for the safe and orderly opening of the economy after devastating coronavirus restrictions, and more.

At the same time, we have opposed the Trump administration when it was most needed: issuing disastrous tariffs that raise prices for all consumers, introducing drug pricing plans that will set back innovation while making drugs more expensive, and a federal vaping flavor ban that will deprive former smokers of the ability to choose a less harmful alternative.

Personally, I have opposed Trump’s desire to severely restrict and reduce immigration to our country. My family immigrated to the U.S. some 30 years ago, and we have enjoyed a much more fruitful life because of it.

But those policy arguments and disagreements are secondary to the very real threat of a violent parade of hysteria through the halls of the U.S. Capitol.

We advocate for ideas to improve society based on the rule of law and democratic order. We use the means of free expression, free assembly, and the right to petition our government to ensure that policies that help every consumer and every citizen will be the law of the land.

Seeing a mob trample into the primary seat of one of America’s branches of government achieves none of that, and should be rightly condemned.

Our decentralized republican democracy based on a time-honored Constitution, a system that is unique to the United States and has allowed for some of the most promising economic and social innovation in the world, was threatened. And we cannot excuse these actions in the slightest.

As I wrote in Huffington Post shortly after Trump’s 2016 victory, we must understand the pivotal role of government in our lives, and this to protect our life, our liberty, and our pursuit of happiness:

“The role of government is not to solve every dispute in society, reflect the diversity of its people or even to advocate on behalf of a particular worldview apart from that of freedom.

It is, as most all founding documents claim, to protect the life and liberty of its citizens. To ensure domestic tranquility and to protect against the infringement of certain liberties so that citizens may be allowed to flourish and live their lives as they see fit.”

From this point forward, we must restore the rule of law and advocate for liberal democratic principles to advance the American project.

That President Trump should continue to serve out the last two weeks of his term, after this insurrection and rebellion in our nation’s capital, is unacceptable.

Whether it be through his removal from office by the invocation of the 25th Amendment by Vice President Mike Pence and the cabinet, or articles of impeachment in the U.S. House and swift removal by the U.S. Senate, something must be done to show to the world what happens when order and liberty are transgressed in a representative liberal democracy.

When the actions of certain individuals go too far, and when demagoguery threatens the very system that allows us to freely enjoy our liberty and pursue happiness how we see fit, that is an appropriate time to use the tools at our disposal to rectify injustice.

Let us hope justice conquers after the events of this week.

Originally published on the website of the Consumer Choice Center.

Published on Inside Sources.