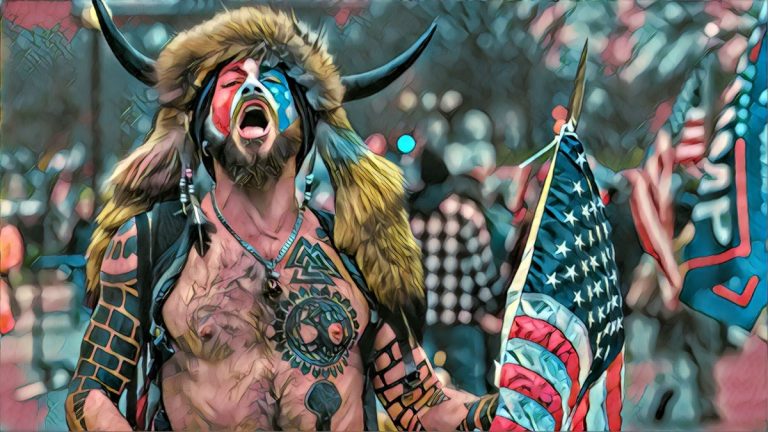 Today I received a work email from someone who said he had vital info. I dialed him back with intrigue. It turns out he’s an older gentleman living in Florida who had some thoughts on the COVID vaccine. He needed someone to hear him out.

Luckily for me, he said he also moonlights for the FBI and DEA and has been witness to shenanigans of a high order.

Let the fun begin, I thought.

To tell that story, he explained parts of the voting scam perpetrated by the Democrats (unmarked vans and triple-counted ballots), the false flag event at the Capitol (“the shooting was fake”), and the plan to infect people with COVID tests that use “hydrogel”. He told me it was a key part of the plot to kill our old folks in retirement homes at the behest of the National Guard, who happen to carry COVID-positive swabs disguised as tests.

The truth was, you see, that COVID lockdowns were designed to make us all poor and desperate. And to kill off the older generation. Eventually, our political leaders would convince us to empower the Federal Reserve to introduce a digital global dollar and get rid of physical cash. Our accounts could be drained if we thought the wrong thoughts.

The COVID vaccines are, in fact, an Artificial Intelligence concoction that contains a special molecule from certain species of fish that will glow in the dark to better identify us to the authorities if we don’t comply with their orders.

Also, Bill Gates and Anthony Faucci were roommates at Cornell University and are secretly collaborating to produce fake vaccines to keep us all servile. Added to that, Jeffrey Epstein was their intern and later their money launderer. He is not, in fact, dead. He’s very much alive, thanks to special deals with the intelligence agencies, who need him for blackmail operations. He moves the money while Faucci and Gates move the DNA-penetrating merchandise.

These are the same people who purchased election machines from China, machines hooked up to the Internet to have allowed outside manipulation of the 2020 Election from the Chinese Communist Party and other nefarious actors.

According to my fellow interlocutor, this is all part of the 2030 project that will ensure everyone is infected with the coming COVID virus (the real one) and locked in their homes forever so we’re all dependent on the government. And more.

He cited all this from memory. I’m sure, like he claimed, that he has saved viral news stories, clips, and videos on his multiple hard drives that lend some credence to his theories.

It’s a phenomenon I’m quite familiar with. I dove headfirst into conspiracy theories throughout my university life for curiosity’s sake. It’s not that I was finding the capital T Truth in the tales of secrets societies and blood pacts by lizard people, but rather that I was trying to expand my understanding of why people believed certain things about how the world worked. It was all very neat, tidy, and well-rounded. Their goal was human depopulation, and the political system was their playground. So it goes.

After years of research, life experience, and analysis, this gentleman saw a large concocted plan that encompassed many unexplainable things, including all the fallout from the COVID-19 pandemic. While some of you may be singing kooky canary, I understand the instinct.

I have hard drives, Dropbox folders, and entire servers filled to the brim with articles and clips I’ve found interesting over the last decade. Many are one-off reports by the Associated Press or a local newspaper.

Like many people, journalists especially, I’ve sought out alternative opinions when reported stories didn’t add up. Or just when curiosity got the better of me.

While I have sympathy for the gentleman on the phone, a 50-something cross platform network engineer with an “abnormally high” IQ, there was no way I was buying what he was selling. While I would have loved to jump on the road with him to track down the black helicopters and FEMA camps, all this is just stuff I’ve heard recycled over the years.

Sure, he was coming to me hoping I’d uncover the larger plot he dubbed the “New World Order”, but it was an old tale.

While many conspiracy theories claim to explain for the disorder of ordinary life, the truth is that life is complicated and confusing. It doesn’t make sense. There are many coincidences, and many people have different agendas that usually align with them lining their pockets. Eureka.

There is no pattern and no over-arching goal hatched in secret. No doubt, there are plenty of people attempting to wield power and exercise influence. In my life now as a writer and ad-hoc lobbyist, I’m probably one of them. But I have fewer Twitter followers than meme-makers and people who competed on one season of The Bachelor, so that tells you all you need to know.

Real-life is messed up, without a discernable pattern, and doesn’t make any sense. Many people drawn to conspiracy theories are looking for a Grand Plan, but it just doesn’t exist.

Yaël Ossowski is a journalist, writer, and consumer advocate. His writings and interviews have appeared in newspapers, magazines, and online outlets across the world in multiple languages. He is the founder and editor of Devolution Review and deputy director at the Consumer Choice Center. He was previously a national investigative reporter at Watchdog.org. He has a Master’s Degree in Philosophy, Politics, Economics (PPE) from the CEVRO Institute in Prague, and a Bachelor's in Political Science from Concordia University, Montreal. He currently splits his time between Vienna, Austria and Charlotte, North Carolina.
Website https://yael.ca
Posts created 891 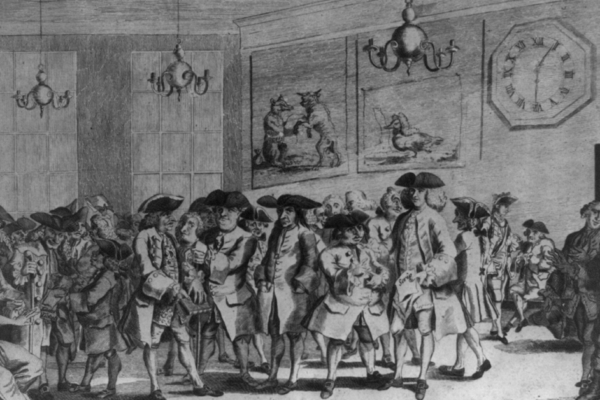