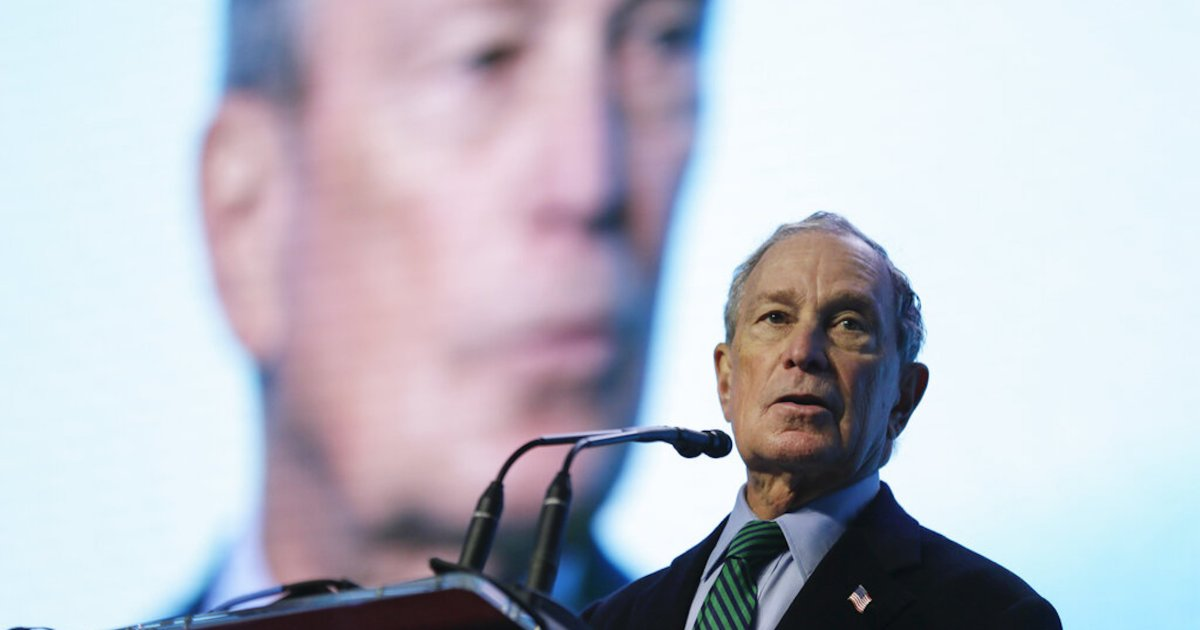 Michael Bloomberg may have a domestic reputation as a tough-talking, three-term big-city mayor who blew hundreds of millions on a doomed presidential campaign, but around the world, his money talks.

For years, his charity Bloomberg Philanthropies has dispensed billions of dollars to global causes near and dear to the billionaire’s heart: climate change, public health, education, and the arts. As a result, in the developing world, Bloomberg’s private giving has propelled him into a kind of swashbuckling private government.

When he banned large sodas in New York City, he was only getting started. “Mayor Big Gulp” has global ambitions. Whether in Japan, India, Peru, or the Philippines, Bloomberg’s dangling of free money has led to jacking up tax rates on consumer products such as sodas and cigarettes, providing intellectual rigor for harsh bans and restrictions on alcohol and vaping devices, and coaxing health ministers to accept advertising restrictions on children’s cereals.

Thanks to his nanny state war chest, Bloomberg was named this week to a third term as the World Health Organization’s “Global Ambassador for Noncommunicable Diseases and Injuries,” a mission he has personally funded for several years. While Bloomberg’s recent investments into COVID-19 response and research are laudable, his decadeslong mission to export the nanny state abroad via the WHO’s soft power is damaging, not to mention paternalistic. And the WHO has helped sow the seeds for the current pandemic more than we know.

The WHO has always been a bloated bureaucracy with sky-high luxury travel costs and an allergy to serious reform. But it was WHO’s failures in the 2013 Ebola outbreak that began to shed light on how it had lost its way. The organization admitted as much just six years ago. The Ebola outbreak “served as a reminder that the world, including WHO, is ill-prepared for a large and sustained disease outbreak,” it declared.

While inefficiency was the main culprit, it is not difficult to see how the WHO has been unfocused along. The mission creep of the WHO, focusing more on soda taxes and making e-cigarettes illegal in third-world countries, all funded by Bloomberg’s initiatives, helps explain the tepid response to the breakout of the coronavirus in China, which led to President Donald Trump withdrawing the United States from the health body in 2020. President Biden reversed that decision in his first days in office, without so much as a polite request for reform.

The various missteps of the WHO in the run-up to the pandemic, coupled with its wavering mission to protect us from global disease outbreaks, is a principal reason why we should oppose Bloomberg’s global nanny state expansion. Even now, Bloomberg’s charity is funneling millions into the health agencies of countries such as the Philippines and India, all in exchange for specific bans and consumer product restrictions, which have called into question the influence of the billionaire’s reach. That led Indian Prime Minister Narendra Modi to cut off some of Bloomberg’s purse strings in 2014 and has sparked recent investigations into Bloomberg’s shady donations to the Philippines’ FDA.

These actions are not only praised by the WHO but are facilitated and made necessary to receive any future funds. That is where the WHO is leading us astray. Rather than equipping doctors and health systems to fight the next pandemic, Bloomberg’s deep pockets deputize the WHO as a global police officer enforcing soda taxes, tobacco bans, and restrictions on vaping devices in the developing world.

Bloomberg’s global nanny mission creates problems for public health, and it is even more worrying for the prospect of a global disease outbreak that would make COVID-19 lockdowns look painless.

Published in the Washington Examiner.