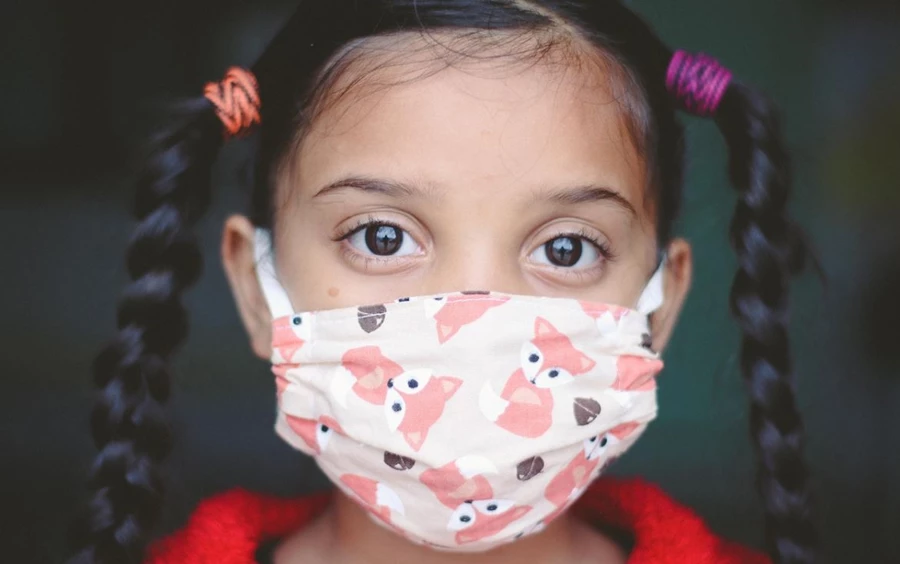 The justifications for requiring young children to be masked are that either they are at-risk for COVID, or at-risk for being carriers of the virus.

n the age of COVID, flying carries significant risks for you and your family.

Part of that is the virus itself, but increasingly, parents are being kicked off flights because their young children are refusing to wear facemasks.

Across the US and Canada, hundreds of stories have been highlighted in which families have been physically removed from flights because their toddlers did not want to wear masks.

Whether it is on Southwest, JetBlue, American Airlines, Spirit Airlines, or United, practically every US airline has had a version of the horror story of a young family escorted off a flight because a kid didn’t want to wear a mask. There have been cases where single mothers with up to six children have been booted, and even kids who were eating before the flight took off.

Worse, many of these airlines permanently ban passengers who refuse to comply with this policy, even children.

‘Should I Have My Lawyer on Speed Dial’?

This particularly concerns me as I will soon be taking an international flight back to the US with my two-year-old. She has never been forced to wear a mask, whether in daycare or travel in Europe, and I doubt she will leave it tight and snug for the 9-hour long-haul. Should I already have my lawyer on speed dial?

While many airlines have had similar policies for months, those rules are now based on an administrative order published by the Centers for Disease Control on January 29, 2021, following one of the bevy of executive orders signed by President Joe Biden in his first few days in office.

While Biden’s order requires masks for domestic and international travel, he leaves the specific guidelines to the CDC. But even though the CDC has been stringent on its rule of masks for all persons two and above, this directly contradicts what we know about COVID-19 and children.

What the Science Says

At present, the justifications for requiring young children to be masked are that either they are at-risk for COVID, or at-risk for being carriers of the virus.

On the first point, all the available data we have from multiple studies in dozens of countries shows that children are not particularly at risk for hospitalization or death.

The American Academy of Pediatrics estimates that 13.4 percent of COVID cases have been adolescent children under 18, mostly in the older age range. Young children fared better.

For statewide data, in California, with the most number of cases in the country, there have so far been two COVID deaths recorded for children under five.

While every death related to COVID is indeed tragic, especially when it relates to young children, the relative risk is incredibly low.

But what about young children spreading the disease to their parents and grandparents?

A CDC-conducted study in Rhode Island in July 2020 found that the opening of childcare centers did not lead to a spread of coronavirus.

Further, one Icelandic study from December found that young children were half as likely to catch and spread the virus, and that “infected adults pose a greater danger to children than kids do to adults.”

A wide-ranging study conducted in Israel and published in February found that young people under 20 carry 63 percent less viral load than adults, meaning they have less propensity to spread the virus. That number is even lower among toddlers.

A Topic Too Hot for Debate?

While the headlines would have us believe otherwise, with all the available data we have now, young children under six are not significant spreaders of COVID, even with potential variants.

Beyond that, Stanford’s Dr. Jay Bhattacharya, citing studies from Sweden and the World Health Organization, recommended in the Wall Street Journal that we avoid masking children up until at least 11, considering the low risk of infection and the very real hazard of stunting kids’ developmental progress.

Bhattacharya was one of the many prominent medical experts present—along with Sunetra Gupta of Oxford, Martin Kulldorff of Harvard, and Scott Atlas of Stanford—at the COVID roundtable held last month by Florida Gov. Rick DeSantis. All advised against masking children for various health reasons, though their views have now been banned from YouTube for discussing the topic.

Bans aside, the medical literature largely supports Bhattacharya’s claims that the benefits of masking children are “small to none,” while the costs are high.

How then can the CDC continue to mandate that toddlers wear masks on long travel journeys, especially when they cause a fraction of the risk of an adult? These rules seem to have been written by people who do not have young children, and do not understand why it is problematic.

To leave the toddler mask mandate in place severely limits the freedom of children and young families to travel, and stands against the scientific and medical facts.

If ever there was a time to allow science to inform our judgments, it is now. Otherwise, this is nothing more than pandemic theatre.