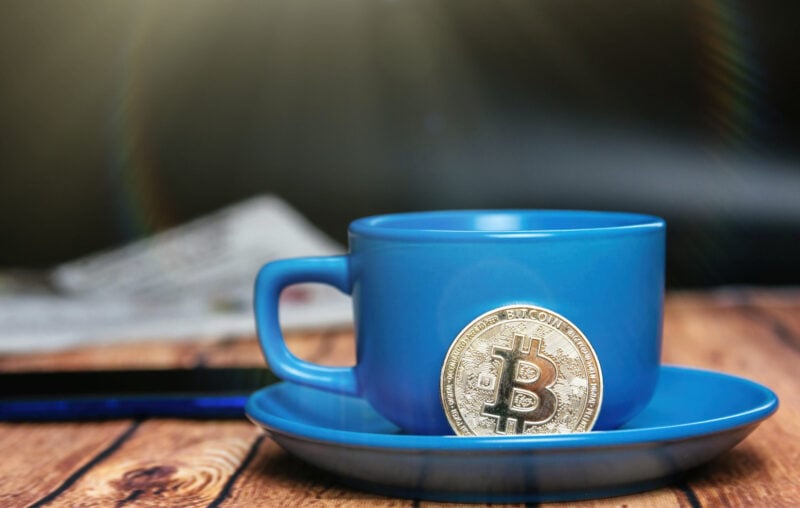 When political progressives address topics like inflation, taxes, or corporate wrongdoing, they claim to speak for the people. Whether it’s the working class or minorities, progressives aim to shape government policy to protect those at constant risk for exploitation.

But when these same individuals, such as U.S. Senator Elizabeth Warren (D-MA), turn their focus to innovative technologies like Bitcoin and its crypto offspring (cryptocurrencies with immense potential to empower middle and lower-class Americans) they prefer the steamroller to the helping hand.

Many progressive ideals could be achieved with cryptocurrencies: not owned by banks, no middlemen, low fees, fast transactions, and a lifeline from a trapped life of debt and poverty.

Anyone can download a mobile wallet from their smartphone app store, generate a Bitcoin address, and immediately receive small portions of the cryptocurrency in a trustless, cryptographically secure manner regardless of their race, gender, orientation, economic status, or even location.

Author Alex Gladstein has provided plenty of stories of Bitcoin providing a real alternative,  empowering citizens in countries with rapidly inflating currencies, or in authoritarian nations with capital controls.

For the close to 6 million Americans who are unbanked (without bank accounts)  using cryptocurrencies like Bitcoin could be a godsend. There are no income requirements to use Bitcoin, no need for a physical address, and no need to use an ID.

For the millions of Americans who send remittance payments abroad, a growing number use low-fee Bitcoin transactions instead of traditional wire transfer services, which often come with double-digit-percentage fees.

Cash App, one of the most popular finance apps, has fully integrated Bitcoin for sending and receiving funds among friends and family, and a growing number of both online and in-person merchants are now accepting Bitcoin.

While there will inevitably be some technical challenges, especially for senior citizens not enamored by technology, the experience of growing adoption in developing countries gives hope to the idea that cryptocurrencies could be a progressive triumph.

The disintermediation from corporations or politically connected entities should thrill a populist champion like Senator Warren, who has made her reputation fighting banker-bailouts and criticizing cozy relationships between financial institutions and the Federal Reserve.

Unfortunately, in the wake of the collapse of FTX, one of the world’s largest cryptocurrency exchanges, progressives like Senator Warren want to completely snuff out the crypto ecosystem, rather than simply enforce the laws to rid it of bad actors.

The actions of FTX CEO Sam Bankman-Fried, the crypto wunderkind and once-second-largest political donor to Democrats, now alleged to be the kingpin of an $8 billion fraud or Ponzi scheme, have brought us to this moment. The allegations include blurry accounting silos between customer and company accounts, missing funds, and billions of dollars’ worth of tokens given to his own hedge fund Alameda Research to leverage economic power in the crypto markets.

Senator Warren has a right to be outraged, as do millions of FTX customers with funds either missing or locked up in bankruptcy, and millions more crypto-holders are now dealing with the price fallout.

But as the Senator states in a recent op-ed, these alleged crimes are addressed by existing law enforcement and regulatory agencies, whether the FBI or SEC. Fraud, insider dealing, and market manipulation aren’t suddenly different because they occur with crypto tokens.

Where the Senator strays too far is in seeking to completely dismantle crypto alternatives and the economy supporting them.

One of her objections is the industry of proof-of-work mining that uses electricity and computing power to confirm new blocks and protect the Bitcoin blockchain. In her view, these firms are “polluters,” straining electricity grids. In any other progressive era of economic growth, these firms would be championed as innovative upstarts charting the American dream.

The growing share of miners using renewable energy and repurposing methane pollution from gas and oil wells to fuel machines, thereby capping greenhouse gas emissions, would be enough to headline any global climate change conference. But in progressive states like New York, lawmakers have all but killed this.

That same mentality drives Senator Warren’s desire to ramp up surveillance on each and every crypto transaction. This would also be a dangerous precedent.

Donating crypto to a pro-choice charity or an environmental activist group could make someone a target of figures who oppose these causes. Tech-savvy grandmothers sending crypto payments to their grandchildren, or workers who opt to receive their payments in Bitcoin, would effectively be treated as criminals. Elevating government power to this degree, while reducing our individual liberties, is far from progressive.

While it is nowhere near as mainstream as its proponents would hope, Bitcoin was created because of the flaws of the traditional banking system. Using regulations and laws to strangle it down into Banking 2.0 not only misses the point, but it erases the opportunity for millions of Americans who want an alternative.

Our political officials should moderate their knee-jerk instinct to regulate a new technology like Bitcoin into oblivion. Technological progress should be an inevitable part of a pro-growth agenda in political capitals, and Bitcoin is only one example. Cryptocurrencies may achieve broader adoption, or they may fail, but we deserve an opportunity to try. The government should in all circumstances be tech-neutral: it shouldn’t try to pick the winners or losers of any nascent industry.

Wealthy progressive legislators may not need Bitcoin on a daily basis, but there are millions of others who would greatly benefit from the option of being able to use it.

Using the failures and crimes of politically connected crypto-exchanges like FTX to effectively chill innovation in this sector and regulate it away would deprive many Americans of new economic technology that could change lives for the better. That’s the furthest thing from progressive, and would severely restrict our capacity for entrepreneurship, innovation, and human flourishing.